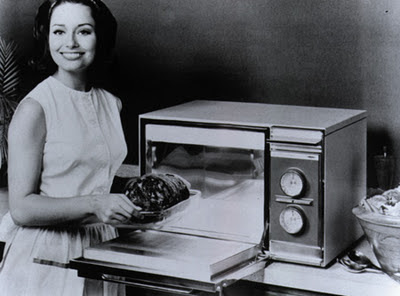 Here's some more of that "new civility" we've been hearing about... in the wake of the announcement that Gabby Giffords (D-AZ) will be stepping down from her seat in Congress, no less.


California Rep. Henry Waxman, the top Democrat on the House Energy and Commerce Committee and the coauthor of the 2009 cap-and-trade climate change bill, decried efforts by the GOP to force the Obama administration into approving a permit for the Keystone XL Pipeline.

"They want to use legislation as a way to act like terrorists. They hold things as hostage," Waxman said. "We almost couldn't fund the government because Republicans wanted to hold that idea hostage, we almost couldn't pay our debts because the Republicans wanted to hold that legislation hostage to their extreme agenda, and I wouldn't be surprised if they scuttled this conference by trying to hold us hostage."

We know exactly where we will be looking to adjudicate blame upon the next act of violence against a public figure.

Did someone say "unexpectedly"?

Sales of new U.S. homes unexpectedly declined in December for the first time in four months, capping the slowest year on record for builders.

Why, yes, and this editon's winner is Bloomberg News.

B-Daddy (drunk-?) blogged the State of the Union address by POTUS this past Tuesday night so you wouldn't have to. Some high-lights:


Opening 75% of offshore resources to oil exploration. The same 75% you previously closed?


Apparently, Obama discovered the oil coming out of the ground in North Dakota. Now he is in favor of natural gas, oh wait, he's not; proposing new regulations for natural gas producers.

He keeps using the line, "send me a bill." No, you already sent us the bill.


Now he's going to interfere in the housing market and interfere in sound lending. Directing the banks to renegotiate mortgages? Welcome back from the dead, Juan Peron.
[Post speech note; Romney can hammer on the theme that government caused this housing bubble in the first place, more intervention props up a market that still needs to deflate.]

Millionaire bashing, no real new ideas here. Yes, sir, I am calling this class warfare, because it is built on a foundation of lies. The rich pay twice, first on corporate taxes then on gains. He envisions a nation of dependents, whose lives depend on taxes from the rich. What a poverty of imagination, if that were true we would truly be a nation in poverty.


Going after the cloture rule in the Senate? Really? Don't recall him being for that when he was in the Senate. Asking for a simple up or down vote on nominees? Be careful what you ask for, there will be a Republican President some day.


I think he's finishing. Terrible speech. Nope, back to taking credit for being Commander-In-Chief. Hey, where's the talk about engagement in Iran? Now he's talking Arab Spring and whacking Ghadaffi. He's going to whack Assad too? Who'd have thunk it, a dude named Barack Hussein Obama is all about whacking Arabs?

From B-Daddy's summation, it appeared he talked about de-regulation just as much as the need for further regulation. Incoherency, plain and simple.

Neither he nor the people working for him have a clue. Remember, these are the same people who gush all over themselves with respect to how many food stamps they've been able to issue as an indicator of economic success.

At any rate, thanks for falling on that grenade, bro. So, that others may live!

Shane Atwell reviews the movie Ayn Rand and the Prophecy of Atlas Shrugged.

Do I recommend seeing the movie? Only if you want to know everything you can about Rand and Atlas or if you want to know very little. In the latter case the movie will give you a smattering of information on several aspects of Rand's life and the book with little effort. But you really should just read the book. 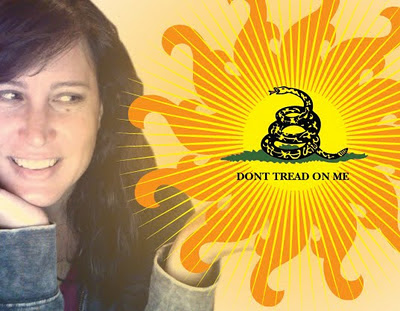 “The polar bears can suck-it!”

Yep. That’s what I had to tell most of the solar vendors visiting our home. It’s not that I actually have anything against polar bears, they’re pretty efficient seal hunters. But I was shopping for cheaper fixed-priced energy. Period. I still think the concept of man-made global warming is a bunch of fabricated junk-science cr*#. I found that trying to ask a bunch washed out mortgage brokers re-trained as solar salesmen to fast forward past the green B.S. is like asking an overseas customer service rep to think for themselves.


For those of you tired of the nagging and whining regarding "fairness" and income inequality from an administration that is the very epitome of the 1% and whose personnel rotate between it and Wall Street with the greatest of alacrity, you'd be pleased to know that 36 members of the President's executive staff owe over $800,000 in back taxes. For those of you scoring at home, that works out to about $23,000/person.

We know we are opining naive but how jaded and cynical does one have to be to go on the "fairness" offensive when one's own outfit is the most egregious violator of this completely undefineable* notion of fairness.

(* undefineable by our standards, not theirs)

All the world's problems are solved at our all-too-infrequent beer summits where we take a small amount of pride in steering a few of the SLOBs into that wondrous universe that is the San Diego craft beer scene.

As you might imagine, we don't do "group think" very well so if you want some fresh thinking and ideas that run counter to the narrative that is spoon-fed to you from the government-media complex, we certainly encourage you to bookmark the SLOBs and give us a "like" if you wouldn't mind. Thanks!


And speaking of SLOBs, Leslie at Temple of Mut has a great round-up of news and views herself, including that of the Scorpion Queen, Governor Jan Brewer, faith-based global-warming insanity and a potential SLOBs endorsement of Carl DeMaio for SD mayor? Go on over and check it out.

OK, gang. That's it for today. We'll see you all tomorrow.


** A nod to Barry Goldwater and the fact that the libertarian strain runs a bit deeper in the conservatives of the West/Southwest than other geographic regions of this great country.

Wonder if any of the candidates will have the balls to use the staffer story this week....as opposed to just shooting each other in the feet.