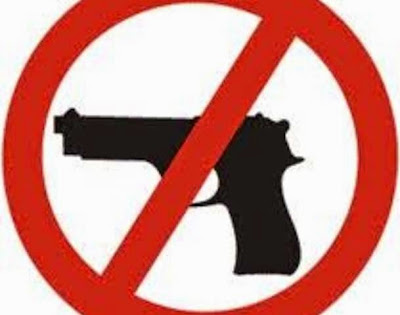 If you inclined to answer that it is due to the gobs of money the NRA spends on an annual basis to support or block legislation according to their favor and to do the same on political candidates, we won’t necessarily argue against that. Allow us, however, to offer up another reason that may have more actual influence than any money spent by the NRA: many gun control advocates and, in particular, the ones that have the most “voice” in that community are criminally incompetent.


One example that immediately comes to mind is our very own wunderkin Vice President, who in the aftermath of the Newtown school shooting, claimed he told his wife Jill that the proper way to deal with a home intruder is to go out on the back deck with the shot gun and fire off a few rounds.

Uhhh… Joe? You bumbling stooge… that is against the law and may very well get you thrown in jail. You see, it’s kind of tough to enact “sensible” gun control legislation when you don’t even have a grasp of the ones already on the book.


And then there was the time David Gregory of “Meet The Press” brought a gun magazine on the set for a debate with Wayne LaPierre of the NRA in contradiction to Washington D.C. law. You see, it’s kind of hard to take the gun-control set seriously when they hypocritical flout standing gun laws.

And most-recently we have an anti-gun PSA from a filmmaker Rejina Sancic that really must be seen to be believed. Here it is:

(If embed no worky, please click on link above)

We have it from very reliable sources what you just watched was not parody nor satire nor was it any sort of false flag operation designed to mock the lack of credibility of gun-grabbers… that was the real deal, gang. People much smarter on the topic of gun laws and gun safety can chime in but what is advocated here is stealing and carrying a firearm onto school grounds, both criminal offenses. Also, the young man’s trigger finger is hovering over the trigger as he puts the gun into his bag and when he sets the gun down on the desk of his teacher, the barrel of the gun is clearly pointed at the teacher, thus two gun safety 101 no-nos in 90 seconds.


We have a sick feeling in our gut that Sancic knew exactly what she was doing and has thusly deluded herself into believing that advocating unsafe and feloniously criminal behavior is justifiable as it serves “the greater good” of gun control. Sacrifices must be made at the altar of the collectivist religion of gun control, we suppose. The irony burns as it is gun control advocates that continually level the charge of “callousness” and “uncaring” at gun owners and 2nd amendment supporters with respect to the victims of gun violence.


You see, it’s really, really tough to take gun-grabbers seriously when they advocate unsafe and criminal behavior for our nation’s young people.

In short, please get your s**t together before you begin preening and lecturing the rest of us upon whatever moral high ground you believe you stand.