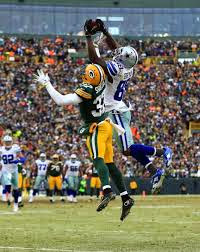 If we are going to get ahead of ourselves...

You’re loving this 4-team college football playoff format, aren’t you? You’ve been loving the weekly unveiling of the top 4 teams every Tuesday night that was must-see T.V. for East Coasters and must-listen radio/must-interwebbing for us work-a-daddies on the West Coast, yeah? And you totally ate-up those semi-final games on New Year’s Day, didn’t you? But you’re a greedy one, right? We know what you’re thinking, you dirty bird: Now, that you’ve wet your beak on this particular playoff format, you’re of the mind that if 4 teams are good, 8 is better. Did we feel you on that?


Well, pump the breaks, there, champ.


There are certain logistical details within an 8-team format that need to be overcome, the chief amongst those being asking a college program’s fanbase to make plans for possibly 3 different road trips in a 2-3 week time span.


A quick aside on the weekly unveiling show: face it, the real excitement isn’t who’s going to be #3, #2 or even who will be #1. The real excitement that kept you on edge every Tuesday afternoon/evening was who was going to be last one it at #4 and who was going to be first one out at #5. You think that same level of anticipation, that same level of buzz is going to carry over to finding out who is in at #8 and who is out at… #9? Just something to think about, there, oh greedy one.

This isn’t realistic and simply geometrically expanding the current format whereby the 2 semi-final games are played at a traditional bowl venue isn’t going to work. 1st round half-full or even three-quarters-full stadiums because fan bases aren’t willing to travel, possibly, coast-to-coast one week with the possibility of another road trip the following week is not going to fly with college and university big-wigs.


Not-at-capacity stadiums will suggest a lack of buzz and juice with the general public when, overall, momentum and the overall popularity of college football is undeniably on the upswing.


So, here’s what needs to happen in order to make the 8-team format work: First off, first round games will be played on the home turf of the higher seeds. So, the top 4 seeds will host the first round games against the 5-8 seeds. This guarantees sell-outs and gets things kicked off in front of rowdy partisan crowds. If you are worried about the lower-seeded team being at a disadvantage, well, yes, they are the lower seeded team and that’s pretty much how it works in every other sport. The moment the “playoff” button was hit, that ship set sail and non-traditional tweeks to the system will have to be made in order for an 8-team playoff to be sustainable. Trust us, a sold out game at the Coliseum or down south “between the hedges” will be great television.


OK, now for some normalcy or rather "new normalcy": the two semi-final games will be played at 2 of the 6 rotating bowl sites on New Year’s Day just as it is now. Just as it is, now. Perfect. This keeps everyone who matters on board and minimizes disruption to the current system that everyone, thus far, is pretty excited about.


Lastly, as we understand it, the national championship game goes to the highest bidder and as it stands, naturally, this year’s game will be played at Jerry’s World (Jerry Jones, owner of the Dallas Cowboys) there in Arlington, Texas outside of Dallas. Short of having it there every year (which would not be a bad thing – we’ll explain later), the college big-wigs would be well-served to keep the games at domes in the middle of the country, again, for travel/logistical reasons. We’re looking at you, Lucas Oil Stadium in Indianapolis and Ford Field in Detroit.


Back to our modest proposal of a semi-permanent home in Arlington/Dallas for the national championship game: in expanding to an 8-team format before we've even finished up the inaugural 4-team playoff format, we are looking into the unknown and some assumptions need to be made and, again, as we see it, maximizing partisan crowd attendance has to be top priority. That’s why we went with home-field first round and Dallas for national championship game. Dallas provides a central location on the U.S. map that is not-too-far for any one particular program’s fan base and here is perhaps the best part: Dallas is pretty much the geographic center of America's college football fan base; it’s in the heart of Big 12 country, a reasonable drive west down Interstate 20 from SEC country and a 3-hour plane ride from much of an ascendant PAC-12 territory. What this means is you will be guaranteed a sell-out of college football fans that will create the right atmosphere for college football’s national championship game.


Of course, it probably already is a Super Bowl-like corporate junket, but boys can dream, can’t they?


We welcome any and all critiques and alternatives.


* Heisman Trophy winner and Oregon Duck QB, Marcus Mariota who will be taking on Ohio State on January 12 for the college football national championship.