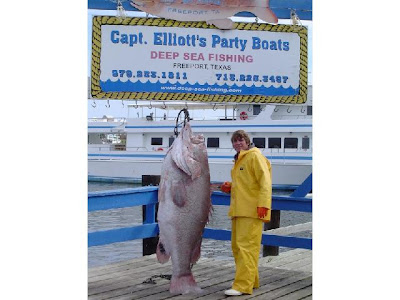 President Obama told us that with ObamaCare, if we liked our health care plan, we could keep it. Well, we can keep it, if we're granted a waiver from the Department of Health and Human Services, that is.

When McDonald's applied for their waiver back in September, it was done so that they could keep their low-wage employees in their current plans and not be forced to dump them from their coverage because of the added expenses tacked on by the benefits McDonald's would be mandated to offer because of ObamaCare. (We blogged about that whole debacle here).

Once both McDonald's and Jack in the Box were granted waivers the flood gates have opened so that now 111 entities, representing 1,175,000 employees, have been exempted from ObamaCare (complete list, here). No information from DHS as to how many more companies are currently in the pipeline seeking waivers.

At the link above, it explains that the waiver only lasts one year at which time we are assuming you have to go through the whole process again. That will keep a few people busy, no?

Exit question: In keeping with the spirit of inquiry of the Obama administration prior to the midterms in seeking to find out just who was giving money to groups like the Chamber of Commerce who were, in turn, giving to Republican candidates, just what was exchanged by these groups in return for being exempted from ObamaCare? Surely, we can't be expected to believe that legislation fashioned in the sleaziest, back room manner is suddenly free of quid pro quo? That would require a suspension of disbelief of which we are just not capable at this time.


Here's a little red meat to wrap up your day - Michelle Bachmann and the One-eleven.

They should have waited until 2014. That was a mistake.

Oops, almost forgot. I would like to see the claymation Celebrity death matches restart. I propose Maxine Waters vs Bachmann. Two of our dumbest politicians up against one another.

McDonald's might have applied for a waver to keep coverage for its employees, but they were granted the waver to keep them out of the news. Obamacare is awful, but the administration is granting wavers not to rectify its problems, but to silence NEWS of its problems.

Steve, I appreciate your effort to be fair and balanced but in doing so you've precluded the obvious matchup of Maxine vs. Patty Murray. Sorry.

Shane, I did not look at that angle. Thanks. That, indeed, would not have been good theater for Mickey D's to be dumping coverage for their many of their employees.

Celebrity Death Match over "stupid"..... and Joe Biden is not on the top of the list? Even taken in context, this is the most outrageously retarded speaker. At least Maxine has a racial bent whereby her mental dullness is not fully exposed.

But Bachmann?! What does she say so stupid to put her on the top of the list? A few gaffs?

I was never one to put Obama down for his lack of experience. We need fresh faces and fewer lawyers with new ideas and less collusion and presumption of power.

I'll take a candidate with a good heart with a few gaffs in their attempt to be a good public servant over the corrupt politician any day of the week.

Give me the housewife trying to buy groceries on a budget or the plumber trying to add an trainee to build his buisiness for my representative. Quit giving me pencil pushing, needle dick, pointy headed intellectual administrators with too much time on their hands!

Dean, Sorry, you know the rant was comming. Thanks for your blog! I'll be quiet again for a while.