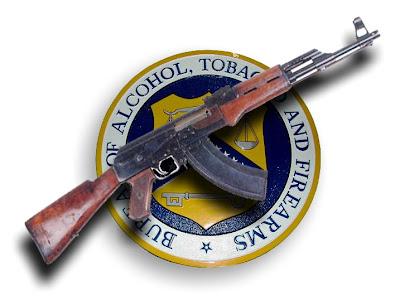 Do you remember when they told us that if we voted for McCain, it would mean at least four more years of opaque and non-transparent federal governance? Well, they were right.


House Oversight Committee Chairman Darrell Issa signaled Tuesday that his committee will "move forward with the contempt proces against Attorney General Eric Holder unless the Justice Department commits to "providing, at a minimum, a detailed description of documents it is withholding" from his committee in the course of their investigation into ATF's Operation Fast and Furious.

“The Justice Department’s request for additional time has, unfortunately, not been followed by efforts to bridge the significant differences between its legal obligation to Congress and the reality of its stonewalling,” Issa said in a statement. “The committee is determined to know what happened in Operation Fast and Furious and how the Justice Department responded when it was publicly confronted with evidence of reckless conduct after Agent Terry’s death."


And in other totally related news, Justice wins an award:


The U.S. Department of Justice has won the infamous Rosemary Award for worst open government performance over the past year, according to the citation posted on the Web today by the National Security Archive (www.nsarchive.org). The award is named after President Nixon's secretary, Rose Mary Woods, who erased 18 1/2 minutes of a crucial Watergate tape.

The Rosemary Award citation includes a multi-count indictment of Justice's transparency performance in 2011, including:

- selective and abusive prosecutions using espionage laws against whistleblowers as ostensible "leakers" of classified information, with more "leaks" prosecutions in the last three years than all previous years combined, at a time when expert estimates of over-classification range from 50 to 90%;

- persisting recycled legal arguments for greater secrecy throughout Justice's litigation posture, including specious arguments before the Supreme Court in 2011 in direct contradiction to President Obama's "presumption of openness";

- retrograde proposed regulations that would allow the government to lie in court about the existence of records sought by FOIA requesters, and also prevent elementary and secondary school students – as well as bloggers and new media – from getting fee waivers, while narrowing multiple other FOIA provisions;

- a mixed overall record on freedom of information with some positive signs (overall releases slightly up, roundtable meetings with requesters, the website foia.gov collating government-wide statistics) outweighed by backsliding in the key indicator of the most discretionary FOIA exemption, (b)(5) for "deliberative process," cited by Justice to withhold information a whopping 1,500 times in 2011 (up from 1,231 in 2010).

"The Department of Justice – which is responsible for enforcing FOIA government-wide – was supposed to be the change agent and role model for President Obama's FOIA reforms," said Nate Jones, the Archive's Freedom of Information Act Coordinator. "But, despite the president's clear instructions, the DOJ has embraced a 'FOIA-as-usual mindset' that has failed to transform the decades-old FOIA policies within its department, much less throughout the government."

A hearty congratulations to that miserable hack that runs the Justice Department. Trust us, it didn't take long but we can think of no more worthy winner.