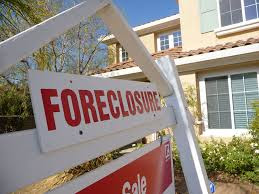 Finger pointing aside, it's generally recognized that the Great Recession was caused in large part by an unsustainable housing bubble propped up by risky and/or exotic loans made to folks that probably should not have been in the housing market in the first place. Pressured by pols in D.C. who a)played the discrimination card and b) played politics with the everybody-deserves-a-shot-at-the-American-dream card for favorable poll ratings, banks made unwise decisions with respect to whom they made loans.

If you are wondering just how much our betters in D.C. learned from that whole experience and how much the lure of political expediency crushes wisdom and common sense, it very much appears we are heading down the very same path not 5 years on from when this whole thing went down.

The Obama administration is engaged in a broad push to make more home loans available to people with weaker credit, an effort that officials say will help power the economic recovery but that skeptics say could open the door to the risky lending that caused the housing crash in the first place.

President Obama’s economic advisers and outside experts say the nation’s much-celebrated housing rebound is leaving too many people behind, including young people looking to buy their first homes and individuals with credit records weakened by the recession.


In response, administration officials say they are working to get banks to lend to a wider range of borrowers by taking advantage of taxpayer-backed programs — including those offered by the Federal Housing Administration — that insure home loans against default.

Housing officials are urging the Justice Department to provide assurances to banks, which have become increasingly cautious, that they will not face legal or financial recriminations if they make loans to riskier borrowers who meet government standards but later default.


Not face legal or financial recriminations? The banks won't worry about getting sued for alleged discriminatory loan practices, as the government, by stepping into an area they don't belong, is distorting the market and essentially guaranteeing banks won't have to eat the losses of the bad loans they made. What could possibly go wrong?

The federal government is creating a moral hazard for the banks as the table is being set for a situation where the banks will suffer none of the consequences for the bad loans they made. Knowing this, what risk is there for the banks to not act in a responsible manner? There isn't any.

Again, and we cannot stress this enough: we have reached a point where the political class in this country will do what is in their best interest to the exclusion of anyone else's best interest and exclusive any any shred of common sense or even short-term memory. Consequences be damned as the results of this suicide plunge will, once again, be papered over by bailouts funded by a middle class that was asked to do the very same thing just 5 years ago.

One my of recent and unpopular posts deals with the fact that the media shut down the conversation about what caused the 2008 financial crash. ( http://blog.doodooecon.com/2013/03/government-policy-caused-2008-financial.html )

Most people still blame the banks and have never even heard that Fannie and Freddie caused the problem. They don't know that Dodd-Frank fails to address the actual issues. Worse, the progressive left has used the issue to nationalize much of the financial sector, or at least turn it into a fascistic system where politicians decide what happens at "private" banks.

Because we have failed to inform the public of the truth, this same policy will now be used to gain more power, destroy more wealth, and reduce self-sufficiency.

In short, this will make more dependency for the left to exploit.

and now we get sub-prime car loans.