Unfortunately, this is playing out pretty much as expected 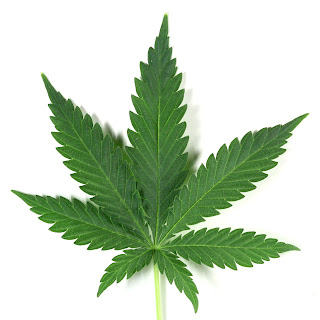 We’re conditional supporters of legalizing marijuana. We say conditional because the optimal condition for marijuana to exists would be in a low tax/low regulation environment. That, however, is probably not going to happen given the statist ways of our politicians and, unfortunately, a too-large segment of the voting public.


Alas, in Colorado which legalized pot last year, the tragically inevitable is unfolding before our very eyes:

The taxes on recreational marijuana might go a lot higher than first thought. Smokers buying at shops in Denver may pay up to 35 percent in taxes.

Denver Mayor Michael Hancock wants to add an additional five to 10 percent city tax on top of that.

Hancock said the money is needed to pay the costs of regulating the drug.

The Denver City Council has until August to decide if the tax question will go on the November ballot.


We won't pretend to know just how marijuana is regulated in Colorado but if the rates stated above in the article are any indication, then that would represent the rather un-optimal condition we fear for "legalizing" marijuana.


Then again, the regulations may be minimal and all this is just indicative of the usual instinct by politicians to tax anything that moves.


Either way, this represents precisely what we fear: taxing and regulating a product right back into the gray market because that will be the ultimate outcome of all this should these taxes go through.


Hopefully, the good people of Colorado not only see these taxes as a step backwards in the freeing of marijuana but also in the unwinding of the drug war.

These are no different from other sin taxes. Cigerettes and Alcohol have high taxes and are heavily regulated.

There would have to be significant regulation for a drug moving from illegal to legal. It doesn't make sense otherwise.

I'm more concerned with what protection businesses have with employees that come to work high.

You kidding? Legalization should should greatly REDUCE the TOTAL cost of regulation -- starting with INCARCERATION -- and then add current law enforcement costs.
You're forgetting (actually probably conveniently ignoring) the "externalities" of current prohibition -- the costs we are paying now for Reefer Madness laws.