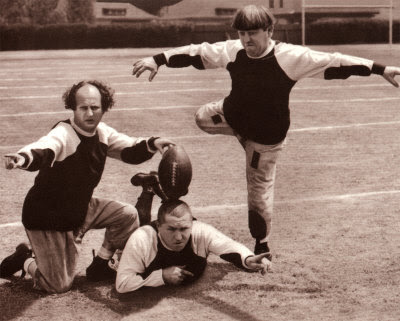 We had the misfortune on Monday at the gym to be stuck under a television monitor in the treadmill section that was showing Keith Olbermann’s Countdown. His lead story: Republican obstructionism.

We were attempting to ascertain just exactly what it was that the Republicans were obstructing or more precisely what it was that they have been successful in obstructing? Has there been any actual legislation in the Obama administration era that has not passed? Have we not seen the most hyper-active administration in generations get essentially whatever it has wanted thus far?

Cry us a river, Olbermann. You’ve got a Democrat in the Oval Office and a Democratically-controlled House and Senate and you have the nerve to bitch about obstructionism? Pathetic.

On a somewhat related note: We were having dinner with our friend “Jules” on Sunday night when we got talking about L’Affair Limbaugh, a topic which she informed us was ablaze on the Sunday morning talk shows to which she’s addicted.

Wow. The economy is a mess, we’re plunging head long into even more of the borrow and spend actions that landed us in this spot in the first place and with straight faces we are being told that this somehow represents a new “era of responsibility”. On top of all that, we see evidence that Obama and his Administration are completely over their head in foreign policy because they are either too tired or just plain incompent (or a combination of both). So what is it that they have chosen to devote precious resources towards? Bashing Rush Limaugh?

Kudos to Rahm Emanuel and David Axelrod for orchestrating this “distractable moment” from their lofty perch in the White House.