"Uh, about that whole 'no strings attached' thing..." 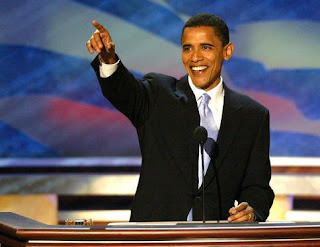 And the hits, they just keep on coming...

The Obama administration is threatening to rescind billions of dollars in federal stimulus money if Gov. Arnold Schwarzenegger and state lawmakers do not restore wage cuts to unionized home healthcare workers approved in February as part of the budget.

Schwarzenegger's office was advised this week by federal health officials that the wage reduction, which will save California $74 million, violates provisions of the American Recovery and Reinvestment Act. Failure to revoke the scheduled wage cut before it takes effect July 1 could cost California $6.8 billion in stimulus money, according to state officials.

We were unaware that there were any such provisions for porkulus.

The wages at issue involve workers who care for some 440,000 low-income disabled and elderly Californians. The workers, who collectively contribute millions of dollars in dues each month to the influential Service Employees International Union and the United Domestic Workers, will see the state's contribution to their wages cut from a maximum of $12.10 per hour to a maximum of $10.10.

The SEIU said in a statement that it had asked the Obama administration for the ruling.

Oh, those provisions. It's all crystal clear now.