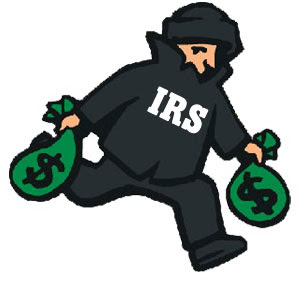 
Top reason why you may want to vote out your current Senator or Congressman next Tuesday: There is the possibility he/she thought that putting the IRS in charge of compliance for the Affordable Care Act was a swell idea.

From Americans for Tax Reform:

When Obamacare's individual mandate takes effect in 2014, all Americans who file income tax returns must complete an additional IRS tax form. The new form will require disclosure of a taxpayer's personal identifying health information in order to determine compliance with the Affordable Care Act's individual mandate.

As confirmed by IRS testimony to the tax-writing House Committee on Ways and Means, "taxpayers will file their tax returns reporting their health insurance coverage, and/or making a payment".

So why will the Obama IRS require your personal identifying health information?

Simply put, there is no way for the IRS to enforce Obamacare's individual mandate without such an invasive reporting scheme. Every January, health insurance companies across America will send out tax documents to each insured individual. This tax document-a copy of which will be furnished to the IRS-must contain sufficient information for taxpayers to prove that they purchased qualifying health insurance under Obamacare.

As there are 140 million families who file a tax return, this will mean that there will be at least 140 million more documents dumped onto the system in which to issue, receive back, evaluate and for which to take action against the filer should the IRS deem it necessary. Small wonder the IRS was looking for 16,000 more agents not too long ago.

Now, how will this improve the health of this nation? It won't because ObamaCare was never about that nor was it really about bending downward the healthcare cost curve as the President has repeated over and over. It's about control. How else do you explain the fact that the most feared and hated bureaucracy in the federal government will be in charge of policing participation in ObamaCare?

Go to link here, to see what the good folks at ATR think the ObamaCare compliance form will look like.

A big, fat, steaming pile of doo-doo as far as we're concerned.

I concur with your analysis.

More "holy smokes, batman, can they do that?"

Nice post. I was checking constantly this
blog and I am impressed! Extremely helpful information specially the last part :) I care for
such info much. I was looking for this certain info for a very long
time. Thank you and best of luck.
Also see my page > fotografii