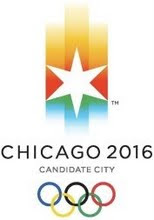 Entrance question: Generally speaking, do we have a problem with the President of the United States going overseas to make a pitch for an American Olympic venue/city?

But boy, did we qualify the hell out of the beginning of that question. Color us disappointed and the President relieved at news earlier today out of Copenhagen. We’ll have more on why later.

For us, the take-away from this latest episode and the trend that is emerging with this administration is that they can take what should be a seemingly innocuous event and screw it up by epic proportions. Take the talk to the school children earlier this month and the lesson plan that asked the same to write down what it was that they were going to do to “help the president.” In what turned out to be a very cool pep-talk to our nation’s kids was completely overshadowed by not getting out in front of the lesson plan controversy forthwith and doing what needed to be done to mitigate the backlash.

And now we have this Olympics kerkuffle. (Generally speaking…), let’s keep in mind what transpired immediately before and during the president’s speech to the IOC: first, his dithering on Afghanistan and the fact that he had only met once with his top commander, General Stanley McChrystal since appointing him was called out by “60 Minutes” on Sunday evening and which was followed by a 25-minute meeting with McChrystal on Wednesday. Whether or not this meeting was scheduled ahead of time, the damage had been done as it appeared that Obama was shamed into the meeting.

Then, the First Lady felt compelled to remind everybody that a trans-Atlantic jumbo jet ride and two days of hob-nobbing with the global elite was a "sacrifice" she was only too willing to make. And while still in Copenhagen, between President Obama’s speech and the vote tally, the new unemployment numbers came out… 9.8 % and counting. Excellent timing!

And for all that political risk? Booted in the very first round. Ouch. (Word around the campfire is that the IOC, an adjunct arm of the Star Wars cantina scene, felt they were being upstaged by the Obamas).

Look, as hard as it is to believe, we aren’t reveling in the fact that our President was shown up like that on the world stage but this whole thing was entirely of the administration’s doing. (More word, different campfire: after weeks of resisting, the Obamas changed their schedule at the last minute as Mayor Daley was calling in a favor. This is mere speculation but applying Occam’s razor… the most reasonable explanation.)

And we’re not counting on it but if the fallout from this global smackdown effects his legislative agenda here stateside then so much the better. Nothing personal, Sir – we just can’t stand your politics.

Oh, and for our disappointment? 7 years of blog-fodder as Chicago takes center stage as the global village of record and all the deceit, corruption and graft contained therein that would’ve been blown sky-high and writ large in that time is now just a dismal "oh, what could've been?". And that is just the sort of thing the Prez wouldn’t need and why we believe he is secretly relieved Chi-town got bounced.


(UPDATE #1): The Brazilians are having some fun with this, no? 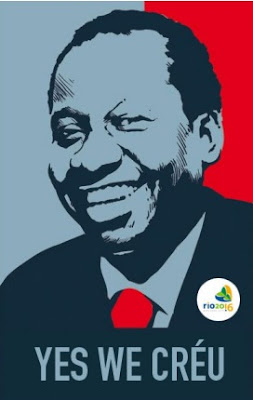 Also, one has to wonder if the recent spate of violence in Chicago's public schools may have had something to do with the dismal showing by Team Chicago. Click here for video (graphic violence warning)

"The intelligence that we had from the U.S. Olympic Committee and Chicago bid team was that it was very close and therefore well worth our efforts," said Valerie Jarrett, a senior White House advisor. "The message was that . . . a personal appeal from the president would make a huge difference."

boy, did it ever.

Our reluctance to pile-on becomes increasingly difficult when we read stuff like the above. Think a little humble pie for these pompous asses in the administration might do them some good. Doubt it.

And on the day that 10 U.S. soldiers die in two separate attacks in Afghanistan, the president takes his wife out on the town to celebrate their 17th wedding anniversary. Do we fault the man for acting like a private citizen and taking care of business on his personal domestic front? Not at all but this same man had essentially blown off his top commander in Afghanistan since selecting him a couple of months back until he was shamed into consulting with him on two separate occasions this week. This same man has essentially tabled General McChrystal's urgent recommendation for more troops in Afghanistan. And this is the same man who is making one incredibly politically tone-deaf maneuver after another.

It is as if he’s never actually managed anything in his life or ever really experienced a single political/career setback in his life. It is as if because he hasn’t.

KT asks, “uhhh… what were you all expecting, anyway?, here.

Billy C made the same silly mistakes. Obama shouldn't be blamed though his speech was silly. Bush is being blamed by the Chicago Trib which is even dumber. I'm just glad this is over!

You mentioned that unemployment rate is still rising but what that figure doesn’t show is the number of people who have had their hours cut or have to take furlough days every month. I have a friend who was laid off and driving taxi. Because of the hours that he is on call, he doesn’t have time for interviews. There are probably lots of folks like this that show up in the stats. I’ll leave you with a bit of Elmore. The Big O has his nose in more places that it doesn’t belong than a midget in a nudist colony. Dad

At a press conference, announcing federal corruption charges against Illinois Gov. Rod Blagojevich, FBI Special Agent Robert Grant said that "if [Illinois] isn't the most corrupt state in the United States, it is one hell of a competitor."

History of Corruption
Governors in trouble are not new for Illinois. Review the cases.


Associated PressThe arrest of Gov. Blagojevich is one more chapter in a long, bipartisan history of corruption that has seen roughly 20% -- one in five -- of the state's chief executives indicted or convicted of felonies in the past century.

The above from the Wall Street Journal. Nicely put. Only Illinois could beat the Star Wars Cantina Scene in corruption. Of course they felt upstaged!