Trust them - you don't want to know what's inside. (UPDATED) 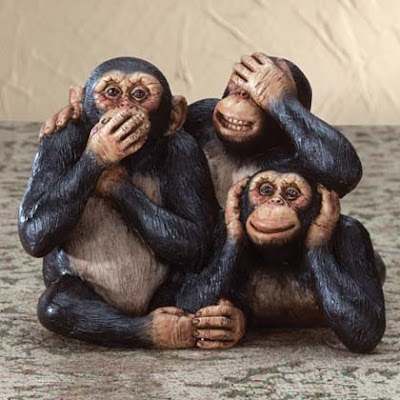 The Democrats in the Senate Finance committee believe it exists but the Republicans want some proof like seeing the actual language of the bill before voting on it in committee based upon the “conceptual” language – conceptual language that the CBO says is inadequate for performing a comprehensive cost estimate.

“No can do” said the Democrats who shot down a preposterous “read the bill” amendment put forth by the Republicans.

And in a fit of honesty, Thomas Carper (D-Del.) a member of the Senate Finance Committee promised to uphold some of the finer Senatorial traditions by not reading the bill, himself.

Carper described the type of language the actual text of the bill would finally be drafted in as "arcane," "confusing," "hard stuff to understand," and "incomprehensible." He likened it to the "gibberish" used in credit card disclosure forms.

But as we now know, he could have spared us all this refreshing honesty because he is being denied from reading "the most important legislation of our generation" by his own party.

The Washington Post gets into the act by erroneously linking to the “Senate Finance Committee Releases Its Final Text of Health Care Bill” which is not the actual language but a 262 page description of the legislation (Our attempt at that link produced a blank screen. Fitting).

But it gets better. If and when the Finance Committee bill gets passed it must be combined with the version that was passed this summer by the Health, Education, Labor and Pensions Committee. It is noted that a merger of this type has never been performed before by renowned alchemist Harry Reid let alone one as complex as healthcare reform (again, its not really that complex because everyone will just be voting on the Cliff Notes version of this damn thing).

Next time you are in a discussion or debate with someone regarding healthcare reform ask them what is actually contained in the bill and then ask them if the above even remotely resembles the between-cartoons civic lessons of our youth.

The Joint Committee on Taxation says drug companies, medical device manufacturers and insurers would pay $121 billion over 10 years as a result of taxes in the Senate Finance Committee bill.

The tax experts said the reason for the change is that the companies won't be able to deduct the fees from their corporate income taxes.

The new numbers come Tuesday as the Finance Committee is preparing to vote on the bill and could bolster GOP arguments that it contains too many new taxes.

They found it by, wait for it…. reading the bill. How they were able to sift through all that “arcane”, “confusing” and “gibberish”-like language was probably cause for a few stiff drinks in the end but we’re glad they did.

No telling how many more hidden taxes could be revealed by these obstructionist stalling tactics.