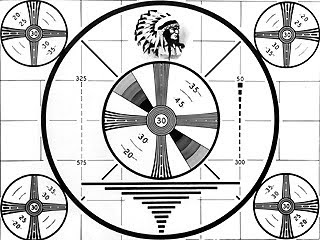 With March Madness approaching, our television docket is set but there were a couple of headlines over the past few weeks regarding our viewing preferences that did catch our eye.


Now, let's put aside for a moment the worthiness of the administration pimping for a media outlet and then, the Secretary of State turning media critic.

Not having spent much time surfing Al Jazeera, we've heard from some fairly reliable sources that it is somewhat anti-American and anti-semetic which may or may not put it at the level of some media outlets and Ivy league English departments right here in the States.


However, we've heard first hand from the author of The Only Thing Worth Dying For, a book which recounts the initial stages of our invasion of Afghanistan, that he received great treatment from that network.

Be active participants in the BwD experience and let us know what you think.

P.S. We're old enough to remember that T.V., as in all 8 or 9 channels, shut down after midnight and ran that test pattern shown above. For whatever reason, it stirs warm nostalgia but what was up with the Indian?

AJ-English is designed to be more subtle; make us accept them as serious, calm, objective journalists. AJ-A is more... um... open. MEMRI has translated clips, IIRC.

That would make sense. So is AJ-E still "real news" as per the SoS?

Haven't been to MEMRI in while. Need to correct that.

Seeing as it's Hillary, her attitude towards propaganda is probably "if it fits my interest".... so yeah.

I have mixed feeling on this. Part of me thinks it will backfire on the hard-line Islamists and force Al Jazeera to water itself down to appeal to the American market...thus conveying a more Western message to it's own base. Or it says hostile to the U.S. and Jews and EVERYONE gets to see it first hand. Might be a win, win.