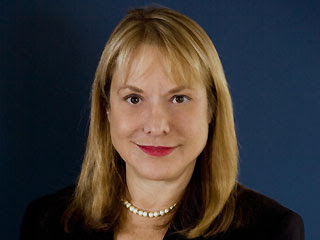 Read article here by Susan Estrich opining on the nasty vibe emanating from political discourse these days. Her strawman is an effort by over 30,000 Democrat signatories to censure California Senator Diane Feinstein for having the nerve to among other things vote to confirm Michael Mukasey to the Attorney General post.

Estrich feels that a censure should be reserved for far more egregious offenses rather than mere political disagreement over a particular issue or two. We tend to agree with her general sentiment - we read blogs too and yeah, it can get a little testy out there. However, she can’t bring herself to complete the article without having to go all “fair and balanced” on us by saying that those vicious conservatives have nothing on the liberals:

“It’s not just an issue with liberals, not even close. Nothing liberals could do to Feinstein could begin to compete with the viciousness of some of the assaults by conservatives on Republicans who happened to agree with their president and not them on the issue of immigration, to name one very recent example.”

Do ya hear that? Nothing! … and its not even close!

We get a chuckle whenever we are reminded from those occupying the news anchor pulpits and editorial boards that in fits of pique, conservatives are “angry” but liberals merely “passionate”.

But back to the nastiness and why does it appear to be on the rise? We can’t help but think that the quantity and intensity of the vitriol expressed in the public arena corresponds directly to the imperious nature that is increasingly on display by our elected leaders.

Whether it’s the bi-partisan Amnesty cabal flauting this Republic’s bedrock principle of rule-of-law or a certain majority party’s leadership having the gall to criticize the ineffectualness of a foreign county’s government while simultaneously enraging their own constituents with their own ineffectualness…. honest to pete... why would anyone think this ship-of-fools act in D.C. would inspire civility and common courtesy?

By no means do we condone personal attacks (by the way, we’ve never seen Susan Estrich in person but we’ve seen her plenty on the telly…. that has to be the most air-brushed photo we’ve ever seen) or the use of derogatory language but this general mood is merely reflective of the crass and unaccountable behavior of our own elected leaders.

Dean,
I'm thinking the photo is just not recent. In the spirit of reducing vitriol, I won't say more.