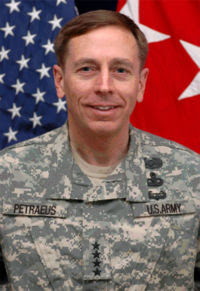 Ralph Peters writing for the New York Post gives his assessment on why it is that we are winning in Iraq. He credits General Petraeus, the Surge GodFather, himself as one of the reasons. Here’s the article and here is what he had to say about General Petraeus.:

“Petraeus brought three vital qualities to our effort: He wants to win, not just keep the lid on the pot; he never stops learning and adapting, and he provides top-cover for innovative subordinates.”

We found that last part most fascinating. We’ve all heard the happy management-speak of “don’t be afraid to make mistakes” and while that appears to be fine and dandy advise, in order for it to work, you have to have a boss who will go to bat for you when things go south.

And in this context, “go south” doesn’t mean applying a different fabrication technique to your machinery skids only to find out you have a vibration problem when the plant is lit off or going with a different paint vendor which ultimately results in premature coating failures…. No, “go south” in the context of this War means possible loss of lives…. the lives of your soldiers and Marines.

And what about this concept of “innovation”? How is it that in the midst of the rigid, strict, by-the-book uniformity of the U.S. armed forces and in the crushing pressure of warfare is there allowed the development of an organic individual and group dynamic trait towards innovation?

In the eventual aftermath of this War, we hope someone sits down to write in detail that the successful execution in winning the peace in Iraq was due in large part to that unique and innate American ability to take our individualist impulses and meld them into the body and mentality of a victory-oriented team.
General P for "Person of the Year"!

All the enemy had to do to believe they were winning was listen to a Democratic debate or watch American news. Both seemed vested in our defeat. Even when alQueada declared Iraq the focal point of their war on the west, the dems, media and bandwagon Republicans continued to beat the drum of surrender.

Our pre-surge policy was one of political correctness, and handicapped by public opinion and the soccer moms.

Now the party vested in our defeat is realizing, (Hilary and Obama at least) that it would be best to divest when it became clear that we are not losing and that withdrawal prior to finishing the job is not an option. Not that they have been intellectually honest anyway, after all they are polititians, but they can’t afford to continue to make campaign promises true to those made in the early campaign.

“Our troops are the best in the world: if you increase their numbers they are going to make a difference.” Hillary Clinton

Dean,
After reading your post today, I asked Mrs. Daddy if she had heard anything on the news about Iraq lately. Her response was, "No, does that mean things are going well?" Very astute, in fact in does. Then I put on Fox News to see Geraldo reporting from Baghdad showing how much better things are going. He was interviewing the C.O. of the 1st Cavalry's Blackjack division, who was very upbeat on the progress they had already made. Interesting answer to "Where have all the Al-Qaeda fighters gone?" Back to their home countries was the Colonel's response.

I'm hoping 6 feet under would also be an applicable answer.

'Dawg, you bring up an interesting point. I don't think there is any doubt that the Al Queada and Insurgent leadership were monitoring the nightly news and the major dailies here to "sense the pulse of the nation".

Maybe we've been to harsh on the media. Maybe we should be thanking them, instead, for lulling the bad guys into a false sense of complacency.

Dean,
The rest of the Colonel's response was that his men were detaining them. In a way, that is much better than six feet under, because it means that the local population is no longer providing them cover.