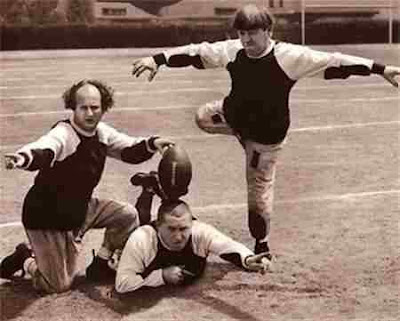 However, many of the banks that have been selected to receive taxpayer capital were already relatively strong financially. Critics of the government bailout program have questioned how those investments can help the economy.

Even the Treasury Department acknowledged in a report this week that it is difficult to track how the banks use the money and how the investments have contributed toward the original goals of the TARP legislation.

But here’s what the referenced report has to say about its own bail out program: "This program will be applied with extreme discretion in order to improve market confidence in the systemically significant institution and in the financial markets broadly. It is not anticipated that the program will be made widely available."

They kid, of course. Everyone is getting some and we made a suggestion to the editor of Bailoutsleuth.com to post a graphic or a roll that quantifies and/or specifies the number of banks that “qualify” for…. your money. Chris Carey was kind enough to respond and in post here, he has compiled a comprehensive list of 282 banks, commercial finance companies and other lenders that will be receiving or have already received the $250 billion committed through the TARP program. At this point, it might be more instructive to ask who isn't getting any TARP money.

(And we'll just head off the wise-ass comment that is sure to come by making it ourselves: Hey, they've only run through a little more than a third of the total TARP piggy bank. They're under budget!)


This is in keeping, though, with our bewilderment regarding the insistence of the Treasury Department that Wells Fargo, despite their solvency, would receive TARP funds at the outset of this program back in October of last year. Incredibly, they are slated to receive more than any other bank ($25 billion) outside of JPMorgan Chase and Co. which will be receiving the same amount.

In theory, the effectiveness of the TARP bailout program is dubious but the practical application that is so haphazard and poorly managed is cause for throwing up one’s hands and retreating to a log cabin in the mountains.

The advantage of loaning the money to Wells Fargo is that it might be paid back, certainly a silver lining in these very dark clouds.