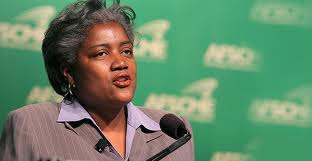 Democratic operative and non-elected heavyweight, Donna Brazile tweeted earlier on Thursday and wondered why her health insurance premiums were going up:

That, ladies and gentlemen, is a tweet she will never be able to take back for as long as she lives. It's as if she is unaware that there was this thing called the Patient Protection and Affordable Care Act aka ObamaCare that was signed into law back in March of 2010. Backers of the law promised the law would bend downward the cost of healthcare by piling on more insurance mandates and a ban on rejecting those with pre-existing conditions.

Ms. Brazile shouldn't feel so bad though as a) she probably doesn't read this blog where we have been warning against the inherent contradictions contained within the law for literally years and b) ol' Donna has company with respect to supporters of the law who are wondering... whiskey-tango-foxtrot?


Less than a year before Americans will be required to have insurance under President Obama's healthcare law, many of its backers are growing increasingly anxious that premiums could jump, driven up by the legislation itself.

Higher premiums could undermine a core promise of the Affordable Care Act: to make basic health protections available to all Americans for the first time. Major rate increases also threaten to cause a backlash just as the law is supposed to deliver many key benefits Obama promised when he signed it in 2010.

Administration officials have consistently downplayed the specter of rate increases and other disruptions as millions of Americans move into overhauled insurance markets in 2014. They cite provisions in the law that they say will hold down premiums, including new competitive markets they believe will make insurers offer competitive rates.

Exactly how high the premiums may go won't be known until later this year. But already, officials in states that support the law have sounded warnings that some people — mostly those who are young and do not receive coverage through their work — may see considerably higher prices than expected.

That is because of new requirements in the law aimed at making insurance more comprehensive and more affordable for older, sicker consumers.

The Times, bless their hearts, are speaking in the future tense with respect to rising premiums but as Donna Brazile found out, these premium hikes are very much present tense.


The Obama-loving youth will soon find out that the healthcare they have been forced to sign up for but can't afford isn't borne of any sort of paternalistic benevolence or eat-your-veggies-because-they're-good-for-you tough love, rather they need the young folks' scratch to pay for this thing. Hell, they aren't using the health care, might as well help pay for the oldsters.


And as for ObamaCare backers... what can we say? No one said that the fanatical pursuit of the statist holy grail of (eventual) single-payer, universal healthcare had to submit to actual logic and reason. What fun would that be?

So, don't feel too bad Donna, you've got plenty of friends with which to commiserate as to how things just aren't working out as planned.

She could have figured out that this was the only possible outcome, if she'd just read the bill before it was passed... Oh wait.

I hate it when progressives are proven wrong, because it is always on the backs of everyone else.

The 2002 CWG presented Kit, a cat was its Mascot and in 2006 half price video games
event, Karak, a south-eastern Red-tailed Black
Cockatoo represented as the Mascot. Strike Force Harrier Don't really remember much about this one. Nearly all of the children choose a murderer.