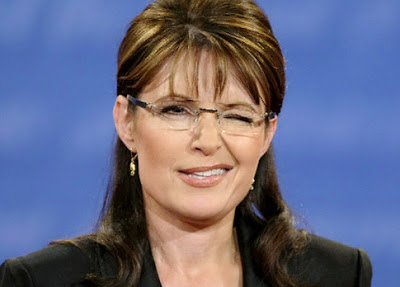 One in a series that takes a look at some of the wild, zany and madcap things said by the former Governor of Alaska.


Alternate headline: Hey, She Was Just Off by One


Sarah Palin was on Fox News Sunday where she proved her firm grasp of the Bill of Rights and which amendments contained which rights.


"We avow the First Amendment," she added. "We stand with that and say that people have a right to have a gun to protect themselves in their homes and their jobs, where, and that they -- and the workplace and that they, for recreation and hunting and the rest. So we're not questioning their right to do that."

Gotcha... Wasn't Palin at all rather that glittering jewel of colossal ignorance and frequent Sarah sez participant Nancy Pelosi former Speaker of the House (two heartbeats away from the Presidency) and current House minority leader.


Since she didn't bother correcting herself, we're left to assume this wan't some verbal gaffe. So, having said that, would it be too much for our elected officials, particularly the ones at the federal level, to have at least the flimsiest hold on the amendments that guarantee our freedom? Sadly, it probably would.

And for you gun owners and/or defenders of the right to own, Pelosi's contention that she is all for private gun ownership can be believed with full confidence because she herself is down with the 1st, 2nd, or whatever amendment. We can feel the commitment, Nance. Thanks.

she should probably read the first amendment. you know, to find out what's in it....

Speaking of presidential succession, here's the order, enough to chill your heart:

Really Nance. I would have expected Wallace to call her on it, but nooooooooo. She just mispoke.
Dawg

And who the heck is pimping their crap on your blog?