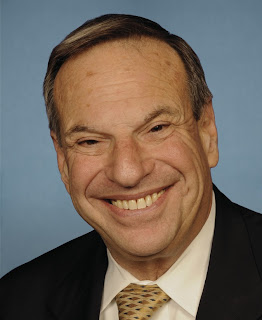 We have yet to blog about the whole Bob Filner filth fiasco but as residents of America’s finest city, we feel it’s about time we chime in on the mess and in particular the recall effort that is currently underway here in San Diego.


Allow us to go on the record as saying we voted for Filner’s opponent, Carl DeMaio, last November and that we are also opposed to the recall effort.*


Before we go on, please read B-Daddy’s breakdown of why he supports the recall effort, here and here, where he makes an outstanding case for dumping Filner.


Our reasoning in opposing the recall effort stated below is lifted largely from the comment we left at one of B-Daddy’s blog post on the subject:


We’re one of those (R)s B-Daddy has kept in confidentiality, though, in sitting this one out, it is not out of a desire to drag down the statist-Democratic policies championed by the mayor (an admirable collateral benefit, to be sure) but rather in disgust that this man was voted to the office of mayor of San Diego in the first place.


We’ve been calling it our salute to the low information voter. To wit, has anyone who has been paying attention to this guy over the years really not thought he was a massively flaming douchebag of the highest order and thus not fit to serve as the mayor of our fine city? At age 70, he did not suddenly turn into this acerbic, arrogant, bullying perv… he’s been this way for years and aside from the specific allegations of unwanted sexual advances, this has been common knowledge as to the man’s character and behavior.


That's why the just-recent opposition to him by the likes of former allies Donna Frye rang so hollow. Like, she didn't know? Child, please. It just seems to be a little bit too much opportunism for our tastes.


The recall effort is going to be lengthy and costly and to our knowledge, the city charter is vague on the specifics leaving the un-codified recalling mechanism up to the City Council to figure out. To our thinking, this is a recipe for a bureaucratic and legal disaster.


B-Daddy makes absolutely valid points but... Nope. Sorry. Call it tough love or taking the medicine or us just having a little temper tantrum over here in the corner but we want this one to sting.


You voted for this creepy jerk, San Diego, now we all have to take a bite out this massive s**t sandwich. Enjoy.


* Non-support of the recall effort is not intended in any way as an endorsement of the man or as the title of this blog post suggests, blocking the exit to the doorway should Filner decide to leave of his own accord.

Exactly my sentiments, the people who supported him, worked on his election committee, etc, they knew! Yet let's support his anyways, lets get him in office, then when he does not do what i/we want drag him through the mud. Donna Frye definitely knew, no way she did not...she at least heard rumors and if that happened it would be up to her to investigate(morally) and make sure she was backing the right person and if not make sure everyone knew why.

About 1 year ago I attended and blogged about an progressive activist training. http://blog.doodooecon.com/2012/08/tea-party-infiltration-report-signs-of.html

In the post tip #14 "Sue the government to force enforcement of existing law." Gets to the selective enforcement mantra that has empowered Bob Filner to use his power to intimidate and victimize. A mantra that was taught by Donna Frye.

About 1 year ago I attended and blogged about an progressive activist training.