Some not-so-random thoughts on something we did not write 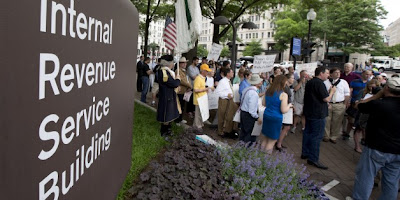 Instapundit aka Glenn Reynolds (or is it the other way around? Man, all these interwebs/social media protocols have us wrapped around the axle) penned an excellent piece a couple of days ago in USA Today regarding the breakdown in trust in our nation's institutions and which has been exacerbated of late by the spate of scandals that has hit Washington D.C. and which all point to the integrity of our elected officials and the people those folks appoint to operate our governing infrastructure.


We're not here to argue the legitimacy of what should be more properly termed crisis... we have made our case(s) on an individual basis in other posts. Perception is reality, gang, and, of late, you don't have to be a conspiracy theorist to conclude that perhaps the NSA has reached beyond their original charter and scope with their domestic data gathering operation, to trot out just one example.

We forgot where we saw or read this but we felt the following was profound:

People will stop participating in society when they feel that society has nothing to offer them.

If you are regular reader of this blog then you are savvy enough to realize what is being offered is nothing monetary nor societal-provided benefits in the way of, say, a government safety net.


This is about a social contract that says not only will being a law-abiding and productive person be its own reward, it will be rewarded in turn by a law-abiding and productive society in which that person lives. Our betters in government are not holding up their end of this contract, however, and things are breaking down. A government that lacks transparency and integrity will soon lose the trust and confidence of the citizenry and that is precisely what we are seeing now.


A cynical and increasing disengaged citizenry only invites more bad acting by its government and you wind up in a constitutional republic death spiral.


We have always believed that a going-in assumption that your governing authorities are incompetent and/or over-reaching in their authority is not an unhealthy one.


This is not borne of paranoia or any extremist "rugged individualism" rather the inevitability of the frailty and fallibility of mankind. Perhaps to say it another way: You cannot forever bury your head in the sports section because someone, somewhere is going to screw up and/or screw you over and it will have negative consequences so you need to pay attention. This is an unavoidable fact.


We have stated several times in the past and as the Figurehead would suggest, we had fully intended to make Beers with Demo primarily a sports blog but the campaign for President in 2008 changed that forever. This coincided with our cracking open the front page and local section of the fish wrap before we got to the sports section, a sequence never before exercised.


There just seemed to be too much at stake and that is something that should never ever be said with respect to politics/governance. We shouldn't have to care so much. We should not have to pay this amount of attention. This only speaks, then, to the amount of authority we have granted to those aforementioned flawed human beings.


Do we wish we could revert BwD to a sports blog? You better believe it. And though ignorance may be bliss, if we are indeed being led to slaughter, we'd prefer it done eyes wide open so we can get a few wacks in on the way down.


Again, do yourself a favor and check out Reynolds' article at the link.

Update #1: Thanks for the Instalanche, Glenn. #Grateful #humbled. If you like, I can be followed on Twitter @deanriehm.


Also, for opinion and views from a libertarian/conservative perspective, check out the SLOBs (San Diego Local Order of Bloggers). Really nice people with excellent insights.

The mighty Instapundit led me here - and if you'd stuck to your original plan, it'd never have happened, as I don't care two cents for sports except as they keep my husband & son off the streets & out of trouble. (My daughter & I waste our time on the theater instead.) Nice to meet you!

Once upon a time in the early eighties, back when America had a real President, a liberal but largely apolitical friend and I went to a poetry reading sponsored by International PEN. Adam Zagajewski of Poland read a poem about the political ramifications of EVERYTHING, shot through with longing to be free of such. Afterwards my friend confessed to be utterly mystified by the poem, so I tried to explain it. Failed. We haven't been in contact for a long time, but I'll bet he gets it today...

I arrived here as a result of Instapundit, as well, and I am also a non-sports person, by and large. In any case, I understand your frustration and desire to just get back to living a productive and enjoyable life without... all this.

If you and your readers are interested in the Instapundit article, you might want to follow up by reading some articles on "high trust/low trust" societies. I won't suggest any specific articles -- you might think I was trying to push you in a particular direction. They're easy enough to find on line and come from a variety of sources, from anthropology to political science.

The subject is not easy nor particularly fun to consider, but we're supposed to be grownups. Perhaps the last ones left, it seems, on the bad days.

I'm shifting to a More Sports 'tude in inverse of you. Still do lots of politics, but I care less. Unless our leaders, including those on the Right, show a willingness to learn from reality, well, there ain't much I can do except watch football.

But best of fortune with your quixotic quest.

The current morass is nothing new. Our lives have always been up for grabs by our "betters." The Founders knew this and tried to give us tools to keep it to a minimum. Alas...

I've got mixed feelings on this. Distrust in the government is a good thing if it causes better voting patterns and more personal responsibility.

But I think we're getting the bad side of the breakdown of the rule of law without the good side. The country is descending into a corrupt, crony capitalist regime that has a permanent electoral base by having a permanent dependent class that is at least a plurality and nearing a majority.

I don't think possessing a fundamental distrust of government while still being an engaged citizen are mutually exclusive of one another.

But, yes, a culture that votes for "free s**t" is unsustainable.