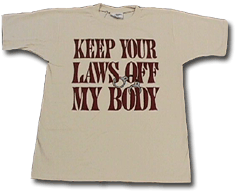 There are several reasons behind the backlash. One is that campaigns to promote healthy behavior have a way of escalating from friendly persuasion to ham-fisted propaganda and prohibitionism. The war on tobacco is an obvious example (though the case for harsh anti-smoking laws was based on claims about the harm of second-hand smoke). Anti-drug zealotry in schools has caused teens to get in trouble for such crimes as sharing an aspirin with a friend who had a headache. It's not completely unreasonable to ask if cookie witch-hunts are next. Some states already prohibit bake sales at schools—even though it is very doubtful that they are a major cause of obesity—and the new child nutrition bill empowers the Department of Agriculture to restrict them if they are deemed too frequent. And some anti-obesity crusaders advocate using the power of the state in frankly coercive ways, from taxing unhealthy food to restricting its advertising.

When did it happen? Or, perhaps more accurately, how did it happen? How is it that once perfectly sensible, button-down, semi-sober, Reagan/Goldwater conservatives like ourselves go completely bat-crap crazy and start behaving like a bunch of card burning, protesting, long-haired, New Left hippies circa 1970? 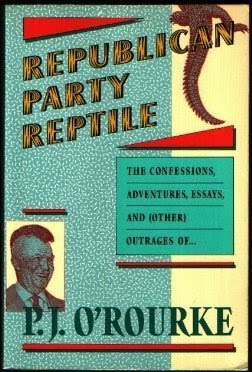 And conversely, how is it that well-intended good government liberals started behaving like moral scolds, bossing everyone around under the premise of "it's for your safety/health" and "it's for the overall good of society" and even "it's a national security threat"?


The harangues from the pulpits of bogeymen like Jerry Falwell, Oral Roberts and Pat Robertson ain't got nothing on the people who have actually been successful at codifying into law the tenets of their "religion".

We see the effects on kids pretty often. We now cancel surgery for kids if they have smokers at home and a suspected URI. Data is pretty good. Correlates well with clinical experience. As to the rest, it is special interest politics as usual.

But let's not overstate the case, it doesn't do justice for either side.

Also Steve, thanks for the good thoughts on Reagan conservatism. I hope you reviewed my thoughts and link.

Steve is a very thoughtful commenter, I hope he stays with us.

*shrug* Humans have a religious impulse.

If it's not pointed one way, it's pointed another.

Steve-
can you give me a link?

All I've been able to find are the usual ones based on memory and ignoring all other factors.

Fox- Link to what?

RD- Yes, read them. Reagan was more complex than most people remember. I would still rank him as a great president.

You said the data was pretty good and correlated well with clinical experience, so you either have the data or a good notion where to get it, right?

I've never seen a study that could get beyond the "ask people to estimate how much they were exposed to smoke on average twenty years ago" type stuff.

If you meant the children and smoking, most studies are behind paywalls. Here isa link to a summary of one.

Thank you very much!

FINALLY something with some meat on it, even if it is rather small! (Relative to the gazillion memory based ones.)

I especially like that the observers didn't know which kids were from families with smokers in the second link.

It would be interesting to find out how on earth: ...the educational level of the child's mother (P = 0.0008) significantly modified the effect of the concentration of cotinine on the incidence of adverse respiratory events.

If it's the same concentration of cotinine, that means similar exposure, yes? How does mom having more education change that at all? Maybe some sort of interaction thing that would make their lungs grow better....

Let me know if you want to trade some articles or content. I think we could both benefit.