All Your Healthcare Are Belong to Us 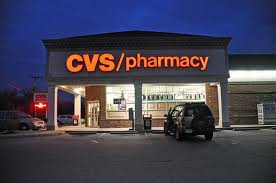 You were warned, gang. We’ve been banging our fork on the dinner table for years with respect to the loss of personal privacy as a result of the expansion of the entitlement/welfare state.

Specifically, with respect to ObamaCare and our lurch towards a single-payer system where we have been told by ObamaCare supporters, no less, that “we’re all in this together”, we said this just a couple of days ago:


Since we are rapidly approaching the “we’re all in this together” state of being with government-managed healthcare trending towards a single-payer system, the government and it’s tax-paying citizens are vested parties in your healthcare and will most likely want a say in what you are shoveling down your pie hole.

So, isn’t that terrific: We are now in a political environment where we go from being completely hands-off libertarians with respect to what other people eat, drink and, in general, what they do to their bodies, to finger-wagging nanny-scolds. If there is anything that points to the wrongness of government-managed healthcare, it is that.

Well, we’re finding that companies that provide healthcare coverage for their employees are now getting in on the act.


Pharmacy giant CVS has told workers in the Bay Area and around the nation to reveal their weight and other health information, or pay extra for health coverage.

The company announced Wednesday what it called “A Plan for Health,” that features a mix of rewards and penalties for employees.
Among the measures, employees must report their weight, body fat, cholesterol, blood pressure and blood sugar levels. Workers must also be tobacco free or enroll in an addiction program by next year.

Employees who refuse will have to pay $50 more for health coverage each month, totaling $600 a year.

In a video released by CVS, a top executive said the plan is progressive and cutting edge. “These changes aren’t just about costs they’re about us, each of us taking personal accountability for our own health,” said Lisa Bissacia, Senior Vice President and Chief Human Resources Officer.

Dig it, man, because it’s like progressive and cutting edge, dude.


And as the italics have indicated, please note the Orwellian take on personal accountability. We’re straining to see the correlation between getting leaned on by your employer to ensure a positive outcome and executing true self-discipline with respect to your life choices.

KPIX 5 tried talking to employees at a CVS location, but they refused to comment on the plan.

You don’t say. Apparently, they did not. Nothing like chilling speech with the looming specter of fat camp hanging over one’s head.

But this is the vision of America we want or so it seems; sacrificing our personal privacy and liberty for an unsustainable, cost-wise and freedom-wise, intrusion into our lives.

Swaddled in the clutching, grabbing arms of the nanny state goes our Republic.

So regarding birth control you say:

"This woman wants "free" birth control (yes, we will be using air quotes from here on out whenever applicable) but that comes at a cost to everybody else in the form of higher premiums so that this woman can get laid. That may be her pursuit of happiness but we're pretty damn sure the founders didn't intend for her pursuit of the same to be the responsibility of others. Pursue getting laid on your own dime is elegant in its simplicity."

If we apply your logic here, can't we say "Go be fat on your own risky health policy. If you want to waddle around and risk diabetes, heart disease, cancer and stroke with all the medical costs involved, that's fine, but don't drive up my health insurance rates while you're at it. Pursue your porcine proclivities on your own dime.