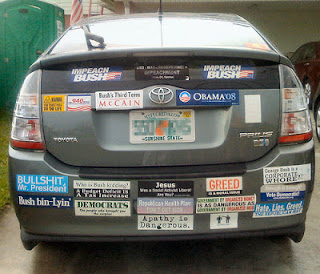 Electric cars by the numbers:

$100,000: the price of the Fisker of which you are subsidizing the production… in Finland.

30,000: the number of pounds of carbon-dioxide emissions from the production of an electric car.

A big chunk of that 30,000 lbs. comes from the production of the batteries which require lithium-ion of which the Chi-comms have a virtual corner on the market and whom have never been confused with the Sierra Club in their extraction of the rare earths required for most green energy applications.

It is duly noted that we haven’t yet figured out how to safely dispose of the lithium-ion in the battery.


80,000: the number of miles needed for an electric car to be driven to break even with the amount of carbon-dioxide that is emitted in the production of said electric car.

Slim and none: the chances your electric car’s odometer will see 80,000 miles because…

73: the range in miles per charge for a Nissan Leaf and…

55: the range in miles per charge of that Leaf after 5 years.

Bottom line: you better be doing a hell of a lot of senseless and logistically ill-conceived running of errands around town in order to make your electric car pay off from an environmental standpoint.


And in case anyone forgot:

$7,500: the amount you are subsidizing others’ efforts to feel morally superior by purchasing an electric car.

$5.5 billion: the amount we are giving in federal grants and loans to an industry that builds $100,000 vehicles.


We feel the need to go on the record as saying we are not opposed to green energy, per se. However, the manner in which it currently is pursued as a hodge-podge of tax-payer supported crony capitalism via methodologies and industry practices that are the antithesis of "green" makes us strident opponents.


Call us back when we stop giving billions to wealthy politically-connected "investors" and when green technology starts making long-term sense both financially and environmentally because, right now, it's not even close.

I have a friend that would dispute every one of your facts with his opinions. And that's the problem, to the "green" crowd, facts don't matter. Any fact that doesn't line up with their 'beliefs" is ignored.

Chile mines the most Lithium, followed by Australia.

Japan makes the most lithium batteries.

Can I submit your post to my wordpress blog? I will add a back link to your forum.
That’s one actually great post.