Reistance is futile... unless they're the ones doing the resisting 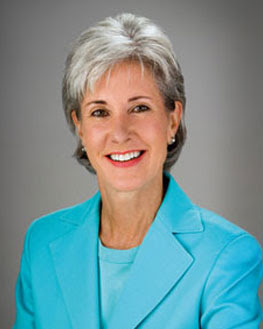 Polling data has indicated that though the Affordable Care Act, as a whole, remains unpopular with the American people, individual aspects of the law are viewed upon quite favorably. It's a damn shame then that those favorable aspects of the law keep getting delayed.


To date, the Obama administration has delayed implementation of the employer mandate and delayed the subsidy qualifying verification mechanism both by one year. The administration has also acknowledged there are no background checks in place for the tens of thousands of state health insurance exchange "navigators" they will be hiring that will have access to personal and private medical, income and tax information leaving many Americans open to fraud and identity theft.


And on Monday, Team O announced a one year delay of the the cap on out-of-pocket medical expenses:


ObamaCare's limit on out-of-pocket costs is being delayed until 2015. According to the New York Times, the cap, which includes co-pays and deductibles, "was not supposed to exceed $6,350 for an individual and $12,700 for a family. But under a little-noticed ruling, federal officials have granted a one-year grace period to some insurers, allowing them to set higher limits, or no limit at all on some costs, in 2014."

"Federal officials" should not be confused with "Congress" who are the people that actually make the laws that most of us are required to live by. Here again, we have a completely arbitrary and unilateral selective enactment of a law.


'The health law, signed more than three years ago by Mr. Obama, clearly established a single overall limit on out-of-pocket costs for each individual or family. But federal officials said that many insurers and employers needed more time to comply because they used separate companies to help administer major medical coverage and drug benefits, with separate limits on out-of-pocket costs."

This is indicative of that "consults with businesses" clause of the constitution that our constitutional scholar-in-chief told us about on Friday and which he used as legal mechanism to delay the employer mandate. That ObamaCare is the law of the land doesn't really seem to faze the guy as being the smartest guy in the room apparently gives him the discretion to do whatever the hell he wants with respect to a law we absolutely had to have yesterday.


And speaking of ObamaCare is the law of the land, Health and Human Services HMFIC, Kathleen Sebelius (pictured), kindly warned (?) of this fact at a meeting of pols and health officials on Monday:


Health and Human Services Secretary Kathleen Sebelius told several hundred legislators and state health officers Monday that resistance to the 2010 health-care overhaul should end, and that they can play a role in implementing the still hotly debated act.


"This is no longer a political debate; this is what we call the law," Sebelius told a group that includes Democrats and Republicans, elected officials, political appointees and bureaucrats. "It was passed and signed three years ago. It was upheld by the Supreme Court a year ago. The president was re-elected. This is the law of the land."


The hack's boss has been the biggest obstructionist to the full implementation of his own law but... Republicans.


We have news for this woman: if this be the law then the law be an ass.


We will continue to be relentless in our criticism of this monstrosity and we will forevermore work via civil and peaceful means to subvert and undermine this law at every turn as it will turn out to be the very antithesis of keeping your healthcare decisions between yourself and your doctor and which will also be the largest incursion to our personal freedoms and liberties that we have known in our lifetime. We cannot in good conscience act in any other manner but to resist.


Seemingly, all "popular" aspects of #ObamaCare being delayed. The unpopular ones...? Right on schedule!

Unconstitutional, illegal, dictatorial...seems a little high-crime and misdemeanor strategery. Considering that the law is intended to destroy the insurance companies, fail and leave Americans screaming for a "government intervention" solution...it's rit on track!