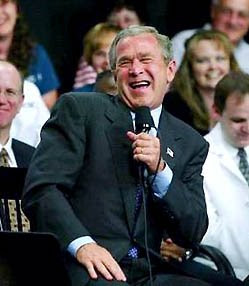 Of course, this makes no sense.

President-elect Barack Obama said Monday a review by his own lawyer shows he had no direct contact with Illinois Gov. Rod Blagojevich about the appointment of a Senate replacement, and transition aides did nothing inappropriate.

(emphasis ours)... because this required a "review" by a "lawyer"?

Perhaps in some lawyerific parallel universe, this makes sense, but in terms of plain-speak it illustrates perfectly why there is such a disconnect between modern politicians and their constituents: They are either making zero sense or we don’t know what the hell they are talking about.

We now break from this woolly populist rant to return you to your normal BwD programming.