We’re not quite sure why the President is hitting the panic button so quick by resorting to TARP money as a source of capital for the Detroit 3 bailout. Recall, it was TARP itself that was shot down in its first go-around (though, it failed first time around in the House vs. the Senate). Pull it back, add more sweeteners, re-submit. We don’t think that rural schools have been fully funded yet.

The Pulitzer prize-winning and beacon of hard-hitting, investigative journalism (including an expose’ of racist, black liberation theology churches – thanks again, Mongo), the L.A. Times made our hearts soar with this headline: Senate Republicans kill auto bailout bill. Made our hearts soar until we learned it wasn’t true. Turns out that the Democrats did indeed have the 10 Republican senators necessary to block a filibuster which also means there were a few Democrats that couldn’t be kept in line. And just when a respected journalistic organ like the Times tries its best to keep hope alive, the damnable truth eventually leaks out.
.
Restructuring. Slimming-down, Alternative fuel cars. Reorganizing. No corporate jets. No perks. No Bonuses., etc. (Can’t you feel that populist lynch-mob beating in your heart?) We’ve heard all this and more when Big Media attempts to breakdown the details of the Congress’ plan for the Detroit 3 but we have yet to hear “turning a profit”. Its as if the term has become an anathema. Think about it. If the auto companies start becoming profitable because we’re buying Detroit again, will the spin then become, “we’ve become too dependent upon our domestic automobiles”?

And what happens when no one wants to buy the cars Congress tells them to produce? Well, Congress can’t have egg on their face, so after failing to properly incentivize the supply side they will, of course, be forced to incentivize the demand side with… rebates! Yaay! You know it’s going to happen. How could Congress actually turn down an idea to throw more good money after bad.

You say: Beers, you’re looking at it the wrong way. All that restructuring and reorganizing is just the means to the end (profits?). Oh, really? All that restructuring, reorganizing, congressional oversight, going green, etc. is the endgame, as it would appear that Nancy Pelosi, Harry Reid, some as-yet-named Car Czar and environmental “advisor” will be running Detroit alongside the UAW which will be aided and abetted by soon-to-be minted card check legislation. Damn. If this wasn’t all so transparent and 2x4 upside-the-head obvious, one would think there’s some ulterior motives being pursued here. 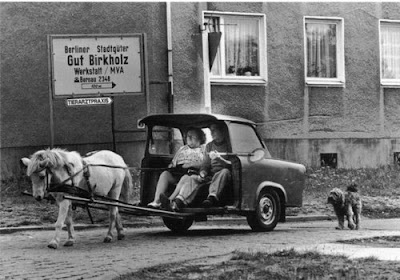