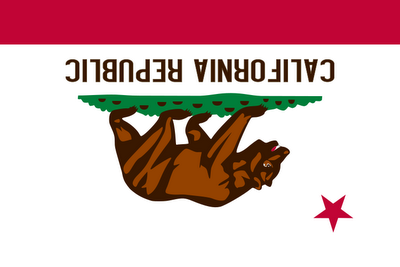 
3,600: the number of people that will be employed at Apple's next expansion in Austin, Texas. Apple, you will recall, was founded in California.


12: the percentage Americans living in California.

34: the percentage of Americans on welfare living in California.

9 billion: the amount of dollars Governor Brown expects to generate in revenue from his proposed tax plan (that will be voted on in November) in the first year.

2.2 billion: the actual amount of dollars in revenue that the Legislative Analyst's Office expects the state to realize from the Governor's proposed taxes.


9.2 billion: the deficit this year as estimated by the State Controller's Office.


Here's Brown's ad announcing his candidacy for governor back in 2009:

The numbers demonstrate things have got progressively worse since then.

The man has exhibited zero leadership in forging any headway with respect to our budget deficits, instead resorting to the gimmickry of hoped-for "unexpected revenue" windfalls that never materialize in order to balance the budget.

He has zero interest in standing up to the public employee unions that are saddling the state with unsustainable pension obligations and he has allowed himself to be painted into a corner by Big Labor, the green lobby, Big Construction, Democratic mayoral machine politics and the Obama administration over the high-speed choo-choo project that is estimated to cost as much as $120 billion when all is said and done.

Jerry Brown claimed he was just "too old" to give a damn any longer in his pitch to solve the problems of California. Turns out, even old age can't wring out deeply engrained statist hackery.


That man in the ad requesting "courage" is nowhere to be found these days.

Dean, there's no apostrophe after American. It's Americans plural, not American's possessive.

Enough nitpicking. Now back to read the article for real.

Nice take down of our latest hack governor.

Anybody who expected anything different from Brown when voting for him was being very foolish. Perhaps we will become like Chicago, per something KT Cat posted.

I do not see anything good coming out of the path we are now on.

Funny how the solutions he proposed when he was younger an ostensibly not as bold and brave are the same ones he's proposing now.

By the by, as I understand it, the origin of the phrase so common in films with Nazis, "Show me your papers" refers to the Nazis restriction of labor relocation. The State determined where you were allowed to work and live. I'll bet the Thomas Friedmans of the world wish they had this power now to prevent all those sweet, delicious tax dollars from getting away.

And that was supposed to be Nazis' plural possessive up there, not Nazis plural.

According to one analysis group: If during the Rnold years, California would have given every budget item a cost of living increase and accounting for the increase in population, we would have sitting on a 9 billion dollar surplus. Dad

Arnold gave it his best shot when he went to the people with his 4 propositions, but they all got voted down. After that, he was pretty much doomed. I'd say we Californians are getting what they deserve.

If I may, one more time for your reading pleasure, quote this song which seems more apt not than it was in 1978:

I am Governor Jerry Brown
My aura smiles
And never frowns
Soon I will be president...

Come quietly to the camp
You'd look nice as a drawstring lamp
Don't you worry, it's only a shower
For your clothes here's a pretty flower.

Dead Kennedys. Ahead of the curve.

Dean, this is a great post and I'm keeping it in my memory for future links. A link is on the way in a post later today.

Ahead of the curve.

The man has exhibited zero leadership

You have really great taste on catch article titles, even when you are not interested in this topic you push to read it
obat herbal
crystal x asli
obat keputihan
crystal x
I think you mean Portsea! :)

You have really great taste on catch article titles, even when you are not interested in this topic you push to read it
obat herbal
crystal x asli
obat keputihan
crystal x
I think you mean Portsea! :)