All the hep cats are getting with the times

Europe is so modern they're throwing things into reverse.


The French politician who said Indian steel company ArcelorMittal should leave the country has told CNBC that his government is only acting like U.S. President Barack Obama.

Industry Minister Arnaud Montebourg, a member of the governing Socialist party, caused controversy last week when he said that the Indian company, which employs close to 20,000 people in France, should leave after it said it would have to close down a factory.

The French government announced on Thursday that it could nationalize the factory in question, with backing from an unnamed businessman.

The news raised the specter of the nationalizations of the early 1980s, which were instigated by Hollande’s predecessor Francois Mitterrand.

Montebourg brushed off comparisons with that era. He said: “It's a very good sign to send out (to investors). Nationalizing is a very modern step to take. Especially when you not only nationalize losses but profits as well, when you make public/private partnerships. This is our strategy.

Just an aside but the U.S. taxpayers stand to lose tens of billions of dollars as things currently stand from our most ballyhooed nationalization effort: the government-engineered bankruptcy cramdowns of Chrysler and General Motors.


Yeah, that whole nationalization trend in Europe back in the 30s worked out pretty well, didn't it? Oh, but you say, to use the term this guy does, Europe is too "modern" to let some monster like Mussolini or Hitler come to power. Perhaps, but the framework for gross abuses of power against the individual and society as a whole via a supra-legal public-private complex would be firmly entrenched serving at the behest of an unaccountable political class.

We see it here as there are no fewer than 40 lawsuits being brought against the Obama administration on the grounds of religious liberty being infringed upon by the public-private fascist union of the largest health insurers bound to the federal government which was made possible by the Affordable Care Act, or, ObamaCare.

What power you grant the federal government to grant you "rights" is the same power by which the government can take away actual rights. 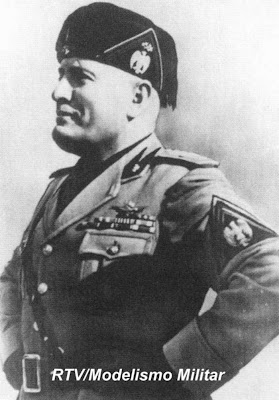 "Nationalization": It was the "modern" thing to do back in the 30s.

ï»¿Carrying branded garments is the in-factor these days. You can get the branded outfits in just about every trustworthy clothes store. Even though anyone wishes to have branded dresses in his or her wardrobe but it is not so easy to get them like it sounds as the fees are actually quite high. You can get a hole in your pocket whereas acquiring branded garments things from designer retailers. Branded outfits are seemed to be lucrative only when you can get them from a wholesale supply at a lessened rate. The designer fabric shops market the existing unsold outfits quite a lot immediately after the close of just about every season to make place for new fabric collection. You might get the stylish wholesale attire from these gross sales.

It is at this phase that you can pay for to say that stylish clothes are continually not costly. With at this time worldwide buying and selling, there are several cloth suppliers who offer top quality wholesale garments with an low-cost value tag. There are some Asian nations like China, who manufacture and promote attractive and stylish wholesale dresses at a pretty decreased value

You can also invest in the garments internet. There are quite a few efficient suppliers that can produce you elegant clothing at an easily inexpensive price tag. You can get wholesale clothes in an low-cost rate from liquidators way too. They give a vast selection of wide range in wholesale garments all those are suited for everybody. Right here, you can get [url=http://www.uggsbootsoutletonline.co.uk]Ugg Boots UK[/url] brand new designer objects and manufacturers like Guess, Bebe, Ralph Lauren, Tommy Hilfiger in the liquidation product sales in a price [url=http://www.uggsbootsukoutlet.co.uk]www.uggsbootsukoutlet.co.uk[/url] of several hundred pounds. These wholesale clothes incorporate males clothing, women attire, small children?dress in and clothes gadgets for the teenagers.

If you want to order wholesale girls dresses and don know from where to get it, you can get guide and assistance from the online wholesale clothes directory or you can get help from the on the web auction web sites like eBay to invest in wholesale outfits at an cost-effective fee. You can also get designer [url=http://www.uggsbootsforuksale.co.uk]ugg boots uk[/url] apparel from below.

But the most important element to recall is that you should really always invest in wholesale attire from respected suppliers. If you try to research a Wholesale children clothing provider for by yourself, you may well get cheated. For this, usually consider to come across out the suitable supplier. SaleHoo is a dependable directory of wholesale outfits and it is quite well-known much too. The database of saleHoo includes fabric wholesalers, dropshippers and fabric producers. Below, you can get stylish wholesale clothing in a bare minimum expense and the opportunity of being victimized is also rather small. So, do your research and get designer wholesale clothing at wholesale value.

Wowsers. Il Duce is alive and well, I see.