Graphic image of the day

The pitchfork-wielding mobs, rightly or wrongly, always seem to be out for the heads of Wall Street execs for their roles in the financial meltdown a few years back which led to the Great Recession and, in particular, the salaries and bonuses they receive.

With respect to the two institutions that were at the epicenter of aforementioned meltdown however, how is it that the salaries of the executives at Government-Sponsored Entities, Fannie Mae and Freddie Mac, have escaped attention and scrutiny? 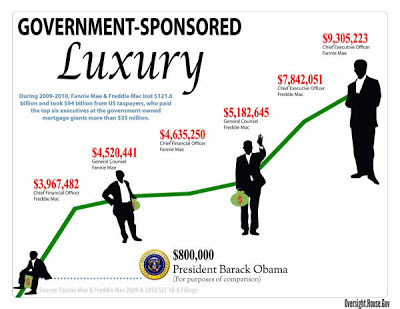