Images and some random thoughts for the day


Michael Ramirez, the best political cartoonist in America has been on it lately.


Here's his take on "Julia", the Obama composite woman and statist love-child of which our thoughts can be found here. 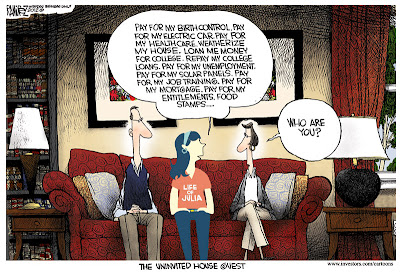 Because submitting yourself to a comprehensive, full-service, cradle-to-grave nanny state is what (full-circle) feminism is all about. Hey, there's an undeniably attractive kink to a statist slave-girl, wouldn't you say? 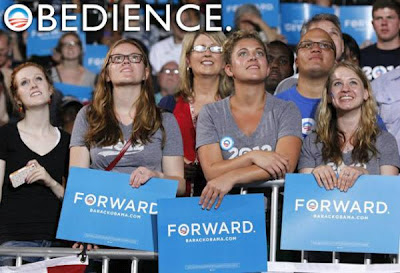 And while we're in the neighborhood...

We've been having a lot of fun of late especially with #FunnierthanCordova, the namesake of a whiny Comedy Central writer who has complained that Twitter has been ruined by conservative hashtag games which, of course, spawned a game of its own.

My cousin-in-law shared this. Maybe you should check out the San Diego beers to get the mental images out of your head.

Foxfier, The presence of Shock Top damaged their credibility. I am sure Max will back me up. However, there were some interesting beers in the link.

Being Yahoo! damaged their credibility.

That said, it's a good excuse to try some alcohol!

Foxfier, I tried the Green Flash Palate Cleanser, Hamilton Ale. Pretty decent IPA with a little extra malt, or so it seemed to me.

Foxie, thanks for passing that along. I believe I've had only one of those beers - Green Flash's Palate Wrecker. Just OK.

B-Daddy, Adam Parker of KnB is collaborating with Derick Freese of Monkey Paw Brewery on a Gose (the Sam Adams beer at the link) for KnB's fourth anniversary in July.