Photo image of the day

This was the scene last week on Harbor Dr. here in San Diego and it was a symbol of the efficacy of green/alternative energy in its current state.


(please click to enlarge... the camera-in-phone did not cooperate on the first take) 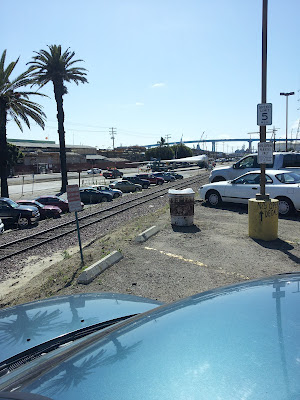 This is a wind turbine blade on Harbor Drive here in San Diego. Transported on a big ol' flat bed towed by a big ol' diesel and escorted by a couple of chase vehicles. They do have a tendency to tie-up things on Harbor as they are matriculating their way down the street. Problem is - it's heading the wrong way. Instead of heading out to the desert or east county where the bird-wacking turbine farms are, it's heading back towards the 10th St. terminal from whence it came. Whatever the problem is, it's a pretty costly mistake. Not that the wind and solar industries probably care - they're the chosen ones. Check out the subsidies granted to these two sectors as compared to other engergy sectors:

Not too shabby, huh? Maybe when the government decides to stop conferring 1% status on not-yet-market-ready technologies and stops depending upon places like China with their deplorable environmental policies for the lithium needed for wind and solar, perhaps we can avoid scenes like the above.

Not too sure what I'm looking at there.