Hey, maybe we are going to try to grow our way out of this, afterall. 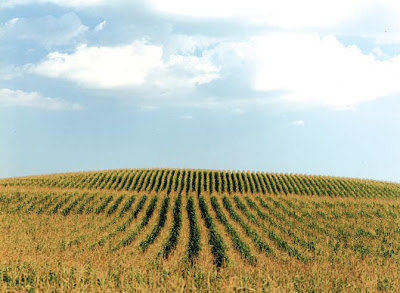 Good news for U.S. farmers is not so good news for the 3rd world and developing countries with respect to food prices.

Mr. Obama, a Democrat, nominated Sen. Ken Salazar of Colorado as secretary of the interior and former Iowa Gov. Tom Vilsack as agriculture secretary.
Mr. Obama said that Mr. Vilsack "led with vision" and "understands the solution to our energy crisis will be found not in oil fields abroad but in our farm fields here at home."

Shoot, we’d settle for oil fields right beneath our feet but that lacks that whole “vision” thing – way too easy. Additionally, it is noted that since Obama has not been accused of or linked to any wrongdoing in this article, it's safe to print his party affiliation.

But back to biofuels and ethanol: Just when we thought that this idea would die a nice quiet death, slowly crushed under the weight of its own stupidity, it’s back… and not only is it back, it too is looking for a handout.

"The Renewable Fuels Association, a trade group for the U.S. ethanol industry, has spoken with staff members from Capitol Hill and President-elect Barack Obama’s team and “provided them with some ideas on how to craft the language of” an economic recovery package, said Matt Hartwig, a spokesman for the RFA.

Hartwig said RFA has suggested a number of steps including setting up a $1 billion short-term credit facility so ethanol producers could finance current operations; a $50 billion federal loan guarantee program to finance investment in new renewable fuel production capacity and supporting infrastructure; and a requirement that any auto maker receiving federal aid only produce new vehicles that can run on any blend up to 85% ethanol, beginning with the 2010 model season.”

Yes, you would be correct in figuring here that we are going to bailout an industry that is essentially a bailout of sorts in the first place. Of course, playing connect-the-dots, we will be subsidizing cars from Detroit that no one wants to buy, the purchase of the same which will be incentivized by rebates (more of your tax dollars) and where those very cars that have been subsidized on the production and purchase ends will be fueled by a subsidized form of energy that is inefficient, drives up fuel prices, drives up food prices and is ultimately harmful to the environment.

wow. We stand in awe. The monumental and breathtaking calamity that is this arrangement is stunning in both breadth and depth and is something that could only be concocted by the Parliament of Whores that currently resides in D.C.

Fred Thompson is looking more and more prescient every day.

(Wait let's make sure we get our nouns and adjectives BwD-appropriate) The left leaning, ultra-liberal, communist-infested, in-the-tank for Obama New York Times IN ITS ENTIRETY -- of course -- had an interesting article today...

- Mongo Wondering What The Guy Who Loads The Black Ink at The Times Has To Do To Get A By-Line!!

Biofuels: A subsidy looking for a bailout. Breathtaking indeed. Thanks Dean, for connecting the dots.