Ohio State sure can pick 'em

Or, more accurately, is it the other way around?


We should have foreseen bad things coming for the Buckeye program when they picked up this guy as a fan back in 2006. 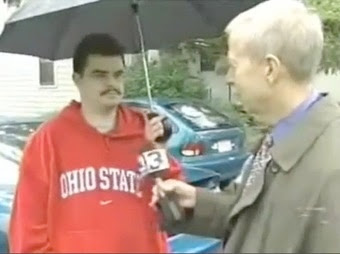 Fast forward to 2011 when their 10-year head coach stepped down from atop one of the most prominent football programs in the nation amid allegations he covered up for his star player, quarterback, Tyrelle Pryor and others who were selling OSU memorabilia to a tattoo parlor owner.


Well, it couldn't have been all Michael Cooper's fault (pictured above), could it? Probably not as mere lewd behavior in a public place wouldn't warrant soon-to-be-coming heavy sanctions from the NCAA.

However, no amount of positive karma was going to save Ohio State football from this.

There was just no way.