Photo images of the day... 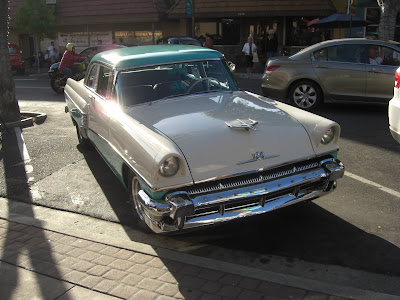 ... and an essay thrown in for good measure.

It's summer time and with that it means the La Mesa car show is back in session every Thursday night. What better excuse to kick off the weekend a day early?


Alas, P.J. O'Rourke bemoans the end of our love affair with our cars.

The car ceased to be object of desire and equipment for adventure and turned into office, rec room, communications hub, breakfast nook and recycling bin—a motorized cup holder. Americans, the richest people on Earth, were stuck in the confines of their crossover SUVs, squeezed into less space than tech-support call-center employees in a Mumbai cubicle farm. Never mind the six-bedroom, eight-bath, pseudo-Tudor with cathedral-ceilinged great room and 1,000-bottle controlled-climate wine cellar. That was a day’s walk away. 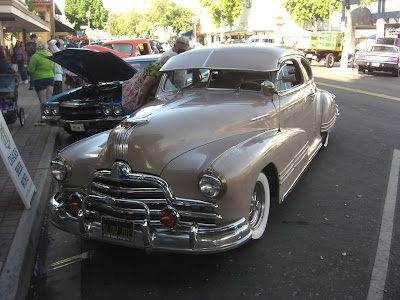 We became sick and tired of our cars and even angry at them. Pointy-headed busybodies of the environmentalist, new urbanist, utopian communitarian ilk blamed the victim. They claimed the car had forced us to live in widely scattered settlements in the great wasteland of big-box stores and the Olive Garden. If we would all just get on our Schwinns or hop a trolley, they said, America could become an archipelago of cozy gulags on the Portland, Ore., model with everyone nestled together in the most sustainably carbon-neutral, diverse and ecologically unimpactful way, 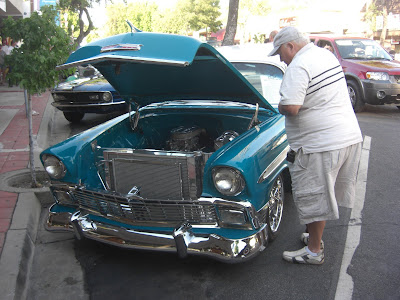 But cars didn’t shape our existence; cars let us escape with our lives. We’re way the heck out here in Valley Bottom Heights and Trout Antler Estates because we were at war with the cities. We fought rotten public schools, idiot municipal bureaucracies, corrupt political machines, rampant criminality and the pointy-headed busybodies. Cars gave us our dragoons and hussars, lent us speed and mobility, let us scout the terrain and probe the enemy’s lines. And thanks to our cars, when we lost the cities we weren’t forced to surrender, we were able to retreat.

But our poor cars paid the price. They were flashing swords beaten into dull plowshares. Cars became appliances. Or worse. Nobody’s ticked off at the dryer or the dishwasher, much less the fridge. We recognize these as labor-saving devices. The car, on the other hand, seems to create labor. We hold the car responsible for all the dreary errands to which it needs to be steered. Hell, a golf cart’s more fun. You can ride around in a golf cart with a six-pack, safe from breathalyzers, chasing Canada geese on the fairways and taking swings at gophers with a mashie 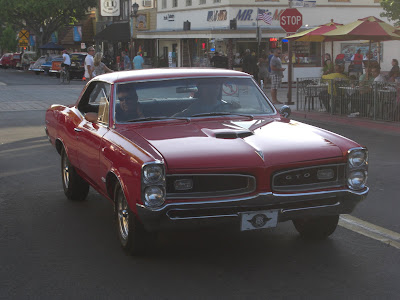 Don't tell any of this to the folks milling up and down La Mesa Boulevard but a tell may be that you don't see anything made past the early 70s parked there or driving up and down the drag looking to be admired.

you also forgot one of the best aspects of the car. hint: the backseat....

I love Friday Night Cruisin' Grand in Escondido (wish my little girl wasn't so scared by the loud music).

One of the highlights of my career was being the Art Director (I use the term loosely) of High Performance Mopar. Glorifying these gems of American industrial design felt like cultural preservation.

Liberals are style, taste and design fanatics about all aspects of life, except when it comes to cars. They have the most beautiful homes, neighborhoods, restaurants & shops. But their vehicles are ass-ugly. Personal freedom and the power to move about at-will are so repugnant that the aesthetic part of their brains shut down and they resentfully put around in Prius's and Smart Cars.