Not just a gotcha but a lifestyle

Who says we live strictly in a 24 hr. news cycle era?

Last Friday, the President in a campaign stop in Roanoke, Va. made the rather unfortunate remark, "If you've got a business, you didn't build that. Somebody else made it happen".

That was Friday. Today is Tuesday and he's still getting rightfully hammered for it.


Here's some of our favorite responses from TUMBLR (via Instapundit): 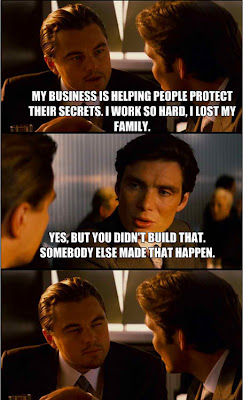 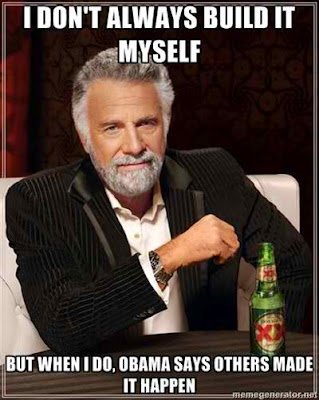 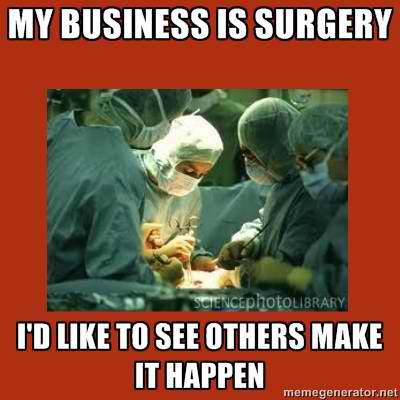 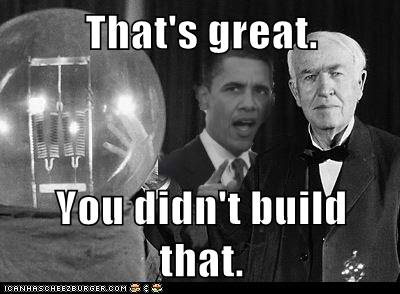 And here the President kind of goes Zelig. 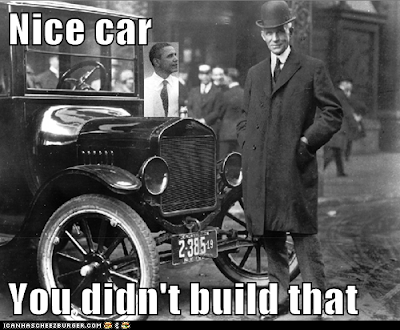 And it looks like that idiotic statement finally lit a fire under Mitt:


To say something like that is not just foolishness, it's insulting to every entrepreneur, every innovator in America - it's wrong.

What the President said was both startling and revealing. I find it extraordinary that a philosophy of that nature would be spoken by a President of the United States.

Keep the slight stammer to enhance the incredulity factor.

Romney's exactly right. How can the leader of this country, above any other, make the free enterprise system that creates jobs, puts food on the table, children through college and raises people up out of grinding poverty that was the civilization-norm for 99.999% of humanity through history, sound like such a foreign concept? How can he get it so wrong?