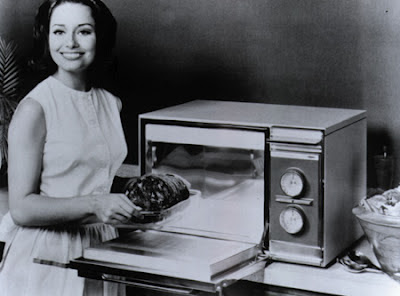 A wrap-up of news items, articles, columns and blog posts that caught our eye this past week.


Federal trade regulators warned Friday that scam artists are using the healthcare law to ask for consumers' personal information over the phone.

The Federal Trade Commission (FTC) said that the illegal activity began after the Supreme Court ruled on June 28 to uphold the vast majority of the law.

Scam artists "say they're from the government" and use the Affordable Care Act as a hook to verify information, according to an FTC alert.


"They might have the routing number from your bank, and then use that information to get you to reveal the entire account number," the alert stated. "Or, they'll ask for your credit card or Social Security number, Medicare ID, or other personal information."

Regulators urged consumers not to give out personal or financial information after unsolicited contact from someone who says they are with the government.

"If someone who claims to be from the government calls and asks for your personal information, hang up. It's a scam," the alert stated.

No small wonder that a 2,700 page law that dumps 30 million people onto the Medicaid rolls and which will subject the American middle class to an unprecedented tax hike and which was crafted in a fraudulent manner of its own, might be subject to some fraudulent behavior of its own.


Hey, do want to know who else is sick and tired of Team O's class warfare rhetoric? One of Team O's 1% fundraisers, that's who

R. Donahue Peebles, a wealthy fundraiser for President Obama’s campaign, derided Obama’s push to raise taxes on the wealthy as “unfair and delusional” and defended Mitt Romney from criticisms pertaining to his wealth.

Obama has made the “fair share” argument a central part of his call to return to tax people who make $250,000 or more at 39 percent, while extending the Bush tax rates for the rest of Americans. White House Press Secretary Jay Carney made the argument yesterday when he said that Republicans “I guess (they) object on principle to the notion that everybody should do their fair share when it comes to getting our medium- and long-term deficits and debt under control.”

Peebles is more sympathetic with the second part of Carney’s argument, though not entirely behind it. “So what should be said is that the wealthy Americans should have their tax rates raised because we need more money,” he suggested. “Now by the way, if they got all these tax raises it still wouldn’t put a dent in the national debt.”

Uhh... that doesn't sound sympathetic - that sounds like a set up for that last sentence for which Peebles is 100% correct. To that point, Carney is wandering off-message as his own boss admitted a few months ago that his whole class warfare angle really had nothing to do with closing the deficit only this pie-in-the-sky notion of everyone paying their fair share.

What better epitomizes the liberal mindset than a policy or set of policies that won't actually accomplish anything but will make everyone feel better about themselves?

"What I’m not going to be doing is using Justice Department resources to try to circumvent state laws on this issue simply because I want folks to be investigating violent crimes and potential terrorism. We’ve got a lot of things for our law enforcement officers to deal with.”

The federal government is moving to shut down the nation's largest and highest-profile medical marijuana dispensary operation, filing papers to seize properties in Oakland and San Jose where Harborside Health Center does business.
. . .
"The city of Oakland has developed a system to assure such distribution occurs according to state law in a fair and orderly process," Nancy Nadel, member of the Oakland City Council and vice mayor of the city, said in a statement. "It is most unjust to our citizen patients and distributors who have followed local guidelines to be harassed and treated as criminals by federal officials."

Leslie of Temple of Mut is back from her birthday trip to Vegas and gives a run-down of things both here in Cali and Egypt(?), here.

(before proceeding, bear in mind that 5 of the nation's 12 largest oil fields are in California)


Destroying the economic hopes of low income people in order to stoke the self esteem of entitled Boomers is not Via Meadia’s idea of progressive politics, but that just goes to show how backwards we are by the exalted moral standards of the California elites.

The destruction of California isn’t a victimless crime. Millions of low income California residents are trapped in decaying cities where, thanks in large part to narcissistic green unicorn chasers, the manufacturing base has withered away. And anything that blights California, blights us all. America and the world need California back on line; the Golden State has too much to offer for anyone to remain indifferent to its fate.

In the long run, California is too richly endowed and its people too dynamic for the self-defeating policies of the green elites to prevail. Either the governing class of California tires of unicorn hunts, or at some point the people of California will get tired of their governing class. And in any case, the current suicidal policy mix means that sooner rather than later, California will run out of the money needed to maintain the illusions of its governing elites and the whole elaborate system of sham and deception will blow away. (See Detroit, modern history of. Ditto Greece.)

One way or another, things will change; what can’t go on forever, won’t.


Thought experiment: the defeat of statism won't come from any battles fought at the federal level. The shifting balances of power in our two party system in DC make it impossible for any public consensus to be formed as to who caused this friggin' mess.

However, at the state and local levels, we have data and empirical evidence of the damage caused by the one-party rule and more often than not the sickest man in the room has had policies enacted by a ruling one-party coalition of city and state machine Democrats, public employee unions, greenies and coastal elites calling the shots virtually un-opposed.

There are states that are recovering quite nicely from the Great Recession - same for some cities. And then there are those that are not. There are distinct policy and leadership trends that can be differentiated between the two.

As @iowahawkblog summed up perfectly in one of his tweets a little while ago: The President keeps creating jobs in states that aren't going to vote for him.

OK, gang, that's it for today. We're off to a BBQ with our fellow SLOBs. We'll catch up with you all tomorrow.

Once again excellent article. You appear to have a great understanding of these themes.While i entering your blog post,My spouse and i sensed this kind of . Come on and make writting your blog may well be more interesting. In your Success! Buy Runescape Gold