They play their little games, we'll play ours

You figure it had to be coming at some point, right?

Allow us to retort... 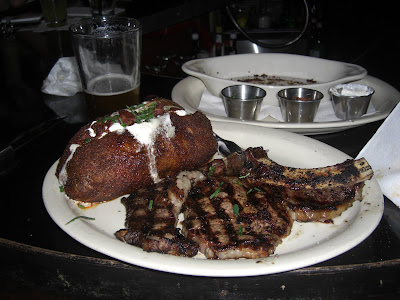 Kinda funny-- in insisting that animals are equal to people, they somehow always end up treating women like slabs of meat instead of treating dogs like a lady.

Also? I'm so craving a nice baked potato, now.... (One of my husband's few flaws: he doesn't like baked potatoes.)

I'm sending over the lamb for labor day. My ass is currently deployed for Hurricane "Irene" Eat some meat for me guys!!!!

Oh my. Makes me want to run to Siesel's right now.