Yet one more reason why we need more rich people


The sales figures for the Chevy Volt are down, raising red flags throughout the auto industry—especially during a time were Volt production has been ramped up.

A new study by CNW marketing, a private research firm that focuses its research on consumer motivations and decisions in automotive purchases, has been released showing that the potential buyers that GM is counting on are rapidly losing interest in the Volt. In March, 21% of Early Adapters said they were “very likely” to consider buying a Volt, while 38.1% said they were “likely” to do the same. Those numbers slipped to 14.6% saying “very likely” in July and 31.1% “likely.” Among EV Enthusiasts, reports the CNW study, the number of those likely or very likely to consider Volt fell from a combined 71% to 51% during the same four month timetable.

And those figures represent that of the true believers, gang - only 3% of mainstream car-buyers, i.e., us, you and pretty much everyone else you know, would consider buying a Volt.

The article tries to spin some positive out of this dismal news (it's an eco-blog) but is reduced to coming up with things like the following:

Chevy officials defend the Volt’s high price tag by pointing to the complexity of the dual gas electric hybrid drivetrain. The Volt is capable of traveling 35 miles on battery power alone.

Nothing like trying to justify the price of your car by touting just how damn complex it is. And for all that complexity... only 35 miles?

Here's the deal: At 47-48,000 large (up front - that tax credit doesn't get back to you until later) buying you a serious case of "range anxiety", the Volt is reminding us more and more of this: 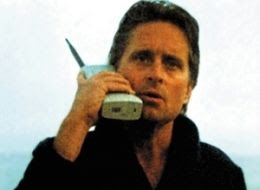 Chevy just better hope there is a recurring supply of rich, smug liberals that are willing to subsidize the technology because they are nowhere near being competitive in the open market.

i cannot think of a better metaphor for this regime than the chevy volt.

It is garbage. I saw one of my first the other day. Not a bad looking car, looks like a Honda Civic. The price tag is too high for what you get.