National Holiday? I Think Not 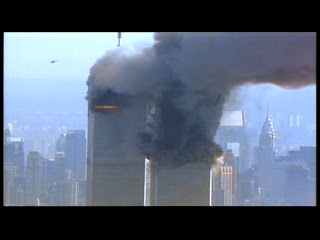 Yesterday, I heard Oprah Winfrey call for September 11th to be made a national holiday. Who does she think we are, Serbs? (The most glorious Serbian holiday, Vidovdan, or St. Vitus' day, celebrates their military disaster while fighting the Turks in Kosovo, or defending Christian Europe as they like to put it.) Hey, we're Americans and we celebrate victory and success. December 7th, a far worse battlefield defeat in terms of its implications for the nation is not a national holiday and for good reason.

Take a look at some of our holidays. The 4th of July celebrates the triumph of individual liberty and rights. Veterans Day originally celebrated the end of World War I, also a victory. The birthdays of Washington and Lincoln are especially instructive. Washington is revered for the determination he brought in bringing those ideals to fruition. Lincoln saved the Union and in so doing enshrined the idea that our nation was dedicated to the freedom and liberty of all peoples. (More specifically, it was unacceptable to break the compact of the constitution in order to perpetuate injustice.) Memorial day celebrates sacrifice of our service men and women, but not defeat.

We celebrate that which gives meaning to our nation. Ours is not a nation of a single ethnic or racial composition, not even of a single language, but a "nation conceived in Liberty, and dedicated to the proposition that all men are created equal." We celebrate the triumph of our ideals on our national holidays. And on those days where we experience temporary defeat, we pause, mourn and reflect, never forgetting what we stand for.

B-Daddy, could not agree with you more. Picture this: Family and friends over at the house, grill is going, burgers and dogs are on, cold beers being knocked back while football is on in the backround. And then we all gather around the television while they replay footage of the towers coming down... That scene makes no sense. That's not how things work in this country - that's not how we "celebrate" holidays be they national or religious. Good Friday is observed... Easter is celebrated.
(from a remote outpost in central Utah. Isn't technology wonderful?)

I personally would love it if everybody in the USA (on their own, without some type of government "mandate") to do some type of volunteer work each 9/11. BUT... and this is so politically incorrect... I am growing tired of the 9/11 families who think they have a monopoly on mourning. I live in NYC, and am seeing it first-hand. You gotta move forward! You can still remember those who died, but must we shut down the city every time somebody finds a bone fragment? Mandatory federal holiday? No. Mandatory grief counseling for some who can't get on with their lives? YES. I may sounds cold, but it's just getting tiresome now with each passing 9/11 anniversary. Continue to remember... continue to fight al Queda... but MOVE FORWARD already.

There will always be a few events in our collective history so beyond convention that they defy a simple catagory or attempt to fully explain them. You are right when you point out that holidays in America are for celebrating POSITIVE events. We don't need a holiday to help us all remember such loss.

Let me just say that if any of you knock off prematurely, maturely or otherwise, you're getting a single one-year anniversary moment of silence. No 5-year and certainly no 10-yr. remembrances. 1 year. That's it, ya hear?