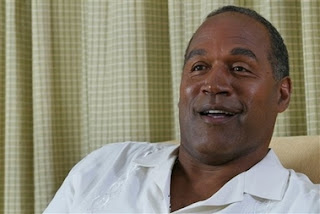 Once again defying parody, OJ Simpson has been named as a suspect in a criminal investigation. There was a joke at the time of his indictment, for which he was later acquitted (this comment inserted to protect Dean from legal action), that went like this:

As he continues his flagrant disregard for law and established authority, as he can't help but stay in the limelight of press attention, I want a stinking apology. I want at least an acknowledgment that those of us who thought he might have been somehow involved in the deaths of his ex-wife and Ron Goldman were not part of some vast racist conspiracy. There that felt good, and hopefully is on the list of 100 things.