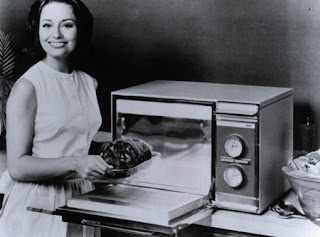 (gonna try something a little different today. We'll see how it goes).

Liberals: They’re smarter… just ask them. Click here for story from Slate.com about a study funded in part by NYU that proves just that. As noted here, libs have this near Pavlovian tick when it comes to them noting how much smarter they are… well, that and how much more open-minded… and caring…. and tolerant… and…..

Strange Hsu: It remains to be seen how much the unfolding saga of political fund-raiser Norman Hsu will affect Clinton Inc. and Hillary’s bid for the Presidency. One would suspect that if he continues to be referred to in the general manner,“disgraced Democratic fundraiser” that appears in virtually every news story on the subject, rather than what more precisely defines his purpose on this planet then Hillary may be able to walk away relatively unscathed in the court of public opinion. Click here for story in New York Times.

Your Rube Goldberg update: You were warned…. As a reminder, the continuing efforts of our elected leaders to wave a magic wand to confer rights and legality upon those that are illegal simply will not stop. It remains simultaneously baffling and galling to us that the well-being of people who are not even supposed to be here seems to have a higher priority than that of the citizenry. Senate Majority Leader Harry Reid is planning on resurrecting yet again something called the DREAM Act which would provide a “path to citizenship” for illegals who happen to be students. He intends on attaching it to the 2008 Defense Appropriation Bill because a few knucklehead suits at the Dept. of Defense think it would be a swell idea for boosting recruitment. Same language, same goal, different packaging. Freddy lives!

And lastly, Shotgun Annie's missive on those evil, money-grubbing U.S. doctors in the employ of Big Medical.