Summertime and the Living is Easy.... 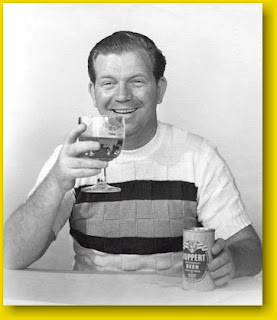 Because of some logistical wrangling and good ol’ fashioned procrastination we missed out on getting Charger season tickets. Though by no means do these tickets approach the demand of those say for the Green Bay Packers, it does demonstrate that no fan base is immune to the allure of a 14-2 season….. a choking away of a divisional playoff game not withstanding.

It will be missed. Attending professional sporting events and particularly the tailgating before and after held such a mystique while growing up. The same held for neighborhood parties and back yard BBQs in the summer. It seemed to be such an “adult” affair. The eating, the drinking, the smoking, the joke-telling and the conversation between the grown-ups was fascinating. Everyone appeared to be having a great time just talking…. no running around and playing tag, football or hide’n’seek…. just talking. My god, what could there possibly be to talk about for 3 straight hours was our general sentiment.

Regardless, when we grew up we wanted to do this sort of thing. We wanted to feel like part of a club or an exclusive group. And next to purchasing a home and holding down a full-time job... waking up at 7 in the morning, loading the truck, meeting with friends down at the stadium parking lot to do much of the same aforementioned activities for the rest of the day was, in our way of thinking, the most adult thing we’ve ever done.

It was affirmation, significant of the fact that… We had arrived!!!

The attached is a piece from the website Avocado Dreams that is linked to down below. The author, Wes Clark, grew up here in Southern California in the 60s and 70s and he expresses brilliantly similar sentiment in peering through the haze of Pall Malls on the back patio and into the semi-secret world of the adults. (Bonus points for repudiation of "hippies")
http://wesclark.com/am/adltclub.html