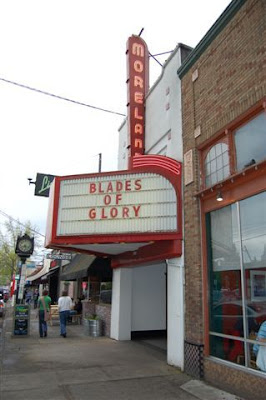 (UPDATE #2):Last weekend we wrote about the yawning gulf between our elected representatives and the voting public being central to the angst of the public currently and, in particular, to that of the Tea Party movement.

From a stimulus bill that no one read to the energy/cap-and-trade bill that we can confidently assert was apeed-read by at least a single young House hall monitor, the Star Wars cantina scene extra that patched this thing together provides yet more evidence of this gulf.

I really have no idea what's in this bill. It's just a bunch of sciency stuff that the scientists told me to put in it.

Actually, we're not being fair to Waxman. There is at least one provision in the bill that we assume he's aware of: unemployment benefits. Buried deep within the near-1,000 page bill is a defacto admission that either the cap and trade scheme is a job killer or that this bill won't produce the amount of green jobs it promises... or, possibly both.
(H/T: Hot Air)

Democrats in the House Energy and Commerce Committee have taken a novel precaution to head off Republican efforts to slow action this week on a sweeping climate bill.

They are hiring a speed reader.

Republicans on the committee have said they may force the reading of the entire 946-page bill -- as well as major amendments that measure several hundred pages -- all aloud. This is a procedure lawmakers have a right to invoke. Republicans are largely against the bill, which aims to cut emissions of so-called greenhouse gases by more than 80% over the next half-century but would be costly.

A committee spokeswoman said the speed reader -- a young man who was on door duty at the hearing as he awaited a call to the microphone -- was hired to help staffers. After years of practice, the panel's clerks can read at a good clip. But the speed reader is a lot faster, she said.

Looking on the bright side of things, we guess it’s a good thing that it’s the hall monitor that actually reads the crap this body legislates. And here’s the part where we try to muster some surprise or indignation about Congressional proceedings but we currently do not have the energy to do so. We try to keep that old adage in mind but while real sausage may contain no real net nutritional value, at least it tastes good.

Recall the the boatload of public grief that both Hillary Clinton and Dick Cheney received for the secrecy held in attempting to form health care and energy policy, respectively during the first terms of Bill Clinton and George W. Bush.

So, how come the Star Wars cantina scene extra is not receiving the same scrutiny for fashioning the energy policy that will include cap and trade?

On Friday, House Energy and Commerce Committee Chairman Henry Waxman (D-Beverly Hills) released the closely-held details of his bill rationing energy use in the name of global warming, the American Clean Energy and Security Act of 2009 (ACES).

The details had been kept secret for two reasons. First, Waxman had been working desperately to buy off key Democrats on his own committee -- such as Virginia’s Rick Boucher and Michigan’s John Dingell -- whose states would suffer hugely under the “cap and tax” scheme, plus others with energy-intensive employers in their districts. He succeeded by, in short, giving energy use ration coupons to select employers for resale to some poor saps without Washington lobbyists.

As originally envisioned, these coupons or permits were to be bought and sold on a trading market - the proceeds of which were, in turn, going to fund a middle-classs tax cut. (Never mind the fact that the cost of purchasing these permits by private industry would’ve been passed right down the chain resulting higher gas, coal and natural gas prices). Turns out, however, a full 85% will be “given away”.

Read more, here, and you get the sneaking suspicion that you may have seen this movie before. ACES may as well be "The Return of Porkulus" because just as Porkulus really had nothing to do with stimulating the economy, it appears that ACES, in actuality, doesn’t really have much to do with reducing carbon emissions.

Always knowing the global warming crowd was tied to the MongoLloyd cantina types.

A sham, what a sham!