After all is said and done, it's the thought that counts 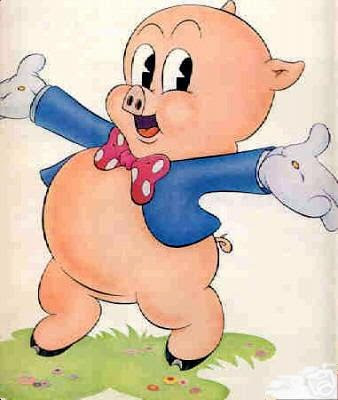 The second stimulus bill that dare not speak its own name (known colloquially in these parts as Son of Porkulus or Porkulus the Younger) is all ginned-up and rarin’ to go to accomplish a whole lot of nuthin’.

It's a bipartisan jobs bill that would hand President Barack Obama a badly needed political victory and placate Republicans with tax cuts at the same time. But it has a problem: It won't create many jobs.

Even the Obama administration acknowledges the legislation's centerpiece — a tax cut for businesses that hire unemployed workers — would work only on the margins.

As for the bill's effectiveness, tax experts and business leaders said companies are unlikely to hire workers just to receive a tax break. Before businesses start hiring, they need increased demand for their products, more work for their employees and more revenue to pay those workers.

"We're skeptical that it's going to be a big job creator," said Bill Rys, tax counsel for the National Federation of Independent Business. "There's certainly nothing wrong with giving a tax break to a business that's hired a new worker, especially in these tough times. But in terms of being an incentive to hire a lot of workers, we're skeptical."

Rick Klahsen, a tax expert at the accounting firm RSM McGladrey, said his clients need to see business pick up before they can hire more workers.

Were not sure if beating these people over the head with a two-by-four would have the desired effect of realizing that the Obama administration’s own policies are putting a chill in the jobs market. How exactly does the undead nature of jobs-killing and tax-raising cap and trade and Obamacare create a hiring-friendly environment for employers? Just what is it about the massive debt we are accumulating which creates an environment of uncertainty prove to be an incentive for hiring workers?

A company could save a maximum of $6,621 if it hired an unemployed worker after the bill is enacted and paid that worker at least $106,800 — the maximum amount of wages subject to Social Security taxes — by the end of the year. The company could get an additional $1,000 on its 2011 tax return if it kept the new worker for at least a full year.

That’s got to be a typo, right? What small and medium-sized businesses are hiring people at six figures? Why are they even wasting their time with this? This is why:

Either way, Obama and lawmakers in both parties still could claim tangible accomplishments in addressing high joblessness and the inability of Republicans and Democrats to work together to solve problems, both top issues among voters early in 2010 midterm election season.

It’s come to this. The administration and Congress have chucked any ideas for actually improving the unemployment figures in exchange for the appearance of working in a bipartisan manner to improve employment.

This is not a very well-laid trap for the Republicans, especially given the AP is saying it won’t work, so even the extension of $33 billion in tax breaks that expired last year should not dissuade the G.O.P. for calling out this dog and pony show for the circle jerk that it is.

We’ve blown through the first $200 billion of the $787 billion that is Porkulus the Elder with no real discernible effect on unemployment so we are left to assume that this latest “stimulus” bill is demonstrable only of an administration and a Congress that is just mailing it in at this point.

What a joke! It will get passed, too which is the sad part.

Somewhere along the way to today, the Greeks no doubt passed jobs bills and tax cuts for employers ...