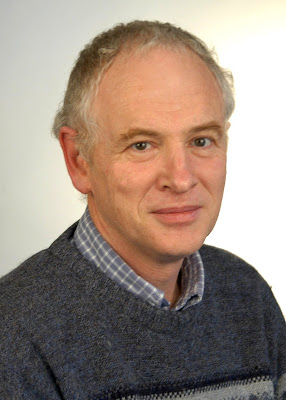 Doggone, it’s been a rough few months for the faith-based AGW crowd. Here’s one of the high priests of the cult, the disgraced Phil Jones of the East Anglia University Climate Research Unit, employing the-dog-ate-my-homework defense.

The academic at the centre of the ‘Climategate’ affair, whose raw data is crucial to the theory of climate change, has admitted that he has trouble ‘keeping track’ of the information.

Colleagues say that the reason Professor Phil Jones has refused Freedom of Information requests is that he may have actually lost the relevant papers.
Professor Jones told the BBC yesterday there was truth in the observations of colleagues that he lacked organisational skills, that his office was swamped with piles of paper and that his record keeping is ‘not as good as it should be’.

The data is crucial to the famous ‘hockey stick graph’ used by climate change advocates to support the theory.

Professor Jones also conceded the possibility that the world was warmer in medieval times than now – suggesting global warming may not be a man-made phenomenon.
And he said that for the past 15 years there has been no ‘statistically significant’ warming.

Unfortunately, for Jones, the problem has not been his stated bout with being just a wacky absent-minded professor but rather the fact that they dumpstered the raw data.

The image of Jones as merely this benign tweed jacket-wearing, pipe-smoking academian would be more believable were not for the fact that he admitted earlier that he simply eliminated the data that would prove to be inconvenient to his cause and that of his fellow cultists the world over.

Damn those interwebs and their long memories

I look at AGW similar to Creation Science. As those who propagate the theory, lose credibility in an argument for a nobler cause.

By denying our geology we set aside our biblical lesson designed to illustrate and teach us a beautiful religious principle and moral lesson about the beautiful creation of our relationship with our creator.

Similarly, we choose to buy into facts, now known to be fraudulent regarding AGW.

Instead of rejecting the facts out of hand, we give credulity to their argument by pondering, “what if”. But we can’t be nobler stewards of our planet by accepting their nonsense. In part or in whole!!!!

What happened to saying, “I’m wrong” the evidence doesn’t support my position? Instead, you have dogma and “make-believe” science on both the AGW and Creation Science “fronts”.

So we deal with Bdaddy principles of “beating them to the punch” with market philosophies, when we should be rejecting the false science out of hand. (More credibility issues)

Can’t we understand the more we give any credulity to their more excoriated position, the more foolish we appear? (I used the word excoriated for Bdaddy)

Hey, when was that exponential “hockey stick” supposed to take place?

Stop placating these fools, "beating them to the punch" with market philosophy is not part of their agenda and only plays into their hands