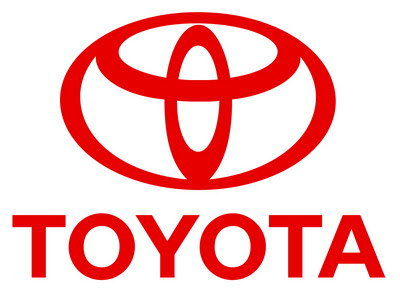 We were going to run with a similar post a couple of weeks back but it just didn’t feel right at the time. Even still, we’re filing this under “Were not saying… we’re just saying”. And that is with respect to the government’s handling of the numerous alleged Toyota defects.

It just seems odd that a company whose name has been synonymous with quality has seemingly gone off the rails in such epic fashion.

Honestly, if you didn’t know any better, you might think that the Feds might be gunning for this mostly non-union, foreign auto maker.

From an anecdotal standpoint, we don’t ever recall the government being as aggressive or as openly vocal when it came to charges of vehicle defects and recalls related to those defects. But we’re sure all this venting is truly legitimate.

Congressmen like Bart Stupak and John Dingell from, uhhh, Michigan ripped into Toyota for dragging their feet on the recalls, but they’re really just trying to protect the consumer, right?

And we’re sure there is nothing to the fact that recalls are traditionally handled by the National Highway Traffic Safety Administration but in Toyota’s case the recall effort is being headed-up at the cabinet level by Transportation Secretary, Roy LaHood. Something this important can’t be entrusted anywhere but the highest levels.

Never mind the fact, also that there is absolutely no rhyme or reason for what triggers a recall effort.

"Edmunds.com's analysis of NHTSA data shows no clear pattern in terms of the number of consumer complaints that trigger an agency investigation. As few as five complaints have triggered an investigation; other investigations haven't started until 1,500 complaints had accumulated," noted Edmunds.com Senior Analyst Michelle Krebs in her report NHTSA on the Hot Seat: What is Standard Operating Procedure? on AutoObserver.com.

And that joint GM/Toyota venture (NUMMI) up in Fremont California that GM bailed out on and which Toyota is planning on moving its Fremont operations to right-to-work San Antonio, TX? To the naked eye one would think the investigations are being used as leverage somewhat in order to keep Toyota and its 5,000+ union jobs there in bay area. But that’s just non-sense, right? The federal government and, in particular, this administration would never try bullying or any strong-arm tactics in the auto-manufacturing sector, would they?

And Toyota’s charge that the administration and Congressional Democrats are not quite “business friendly”. Sounds like a bunch of conspiracy mongering to us but just to make sure we are not being too close-minded about this, let’s get a little different perspective.

News flash, geniuses: it's not an industry thing. They are your competitors. The Obama Administration owns Government Motors. You don't see them busting GM's balls about regulatory issues, do you? Quite the contrary, they're still using the fake bank "Ally Bank" to funnel taxpayer dollars to fund cheap financing for Government Motors vehicles.

If Toyota won't surrender to UAW demands and start writing big checks to Democrat campaign funds, they're in for the Dr. Jellyfinger treatment.

Same is true of grant seeking enviro-climate dudes. If they would undersell their science, and do a better job of playing it straight up, we might believe them.

I read 37 suspected deaths. Toyota makes millions of cars per year. They have cut corners but raking the guy over the coals seems premature to me. Toyota have taken a huge resale value hit expect lawsuits.