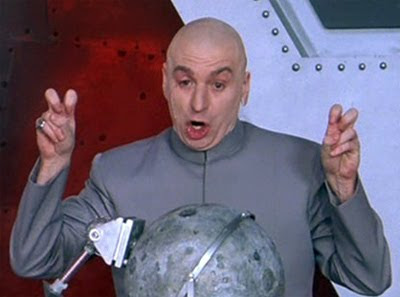 Just a few days past Ronald Reagan’s 100th birthdate, it appears as if SDI (Strategic Defence Initiative), the bluff card he played on the Soviets a quarter-century ago has become reality.


A U.S. high-powered airborne laser weapon shot down a ballistic missile in the first successful test of a futuristic directed energy weapon, the U.S. Missile Defense Agency said on Friday.

"The Missile Defense Agency demonstrated the potential use of directed energy to defend against ballistic missiles when the Airborne Laser Testbed (ALTB) successfully destroyed a boosting ballistic missile" the agency said.

The high-powered Airborne Laser system is being developed by Boeing Co., (BA.N) the prime contractor, and the U.S. Missile Defense Agency.

"This was the first directed energy lethal intercept demonstration against a liquid-fuel boosting ballistic missile target from an airborne platform," the agency added.
The airborne laser weapon successfully underwent its first in-flight test against a target missile back in August. During that test, Boeing said the modified 747-400F aircraft took off from Edwards Air Force Base and used its infrared sensors to find a target missile launched from San Nicolas Island, California.

Good for Reagan and both Bushes for keeping the funding going.