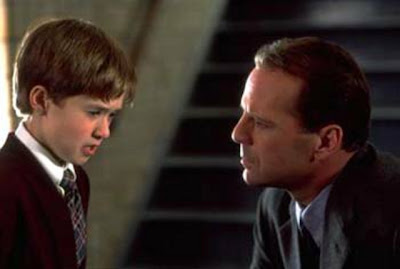 This is simply unbelievable but believe we must. One would think that after getting their collective asses handed to them in New Jersey, Virginia and Massachusetts, in large part because of voter disgust with the way Obamacare has been handled, congressional Democrats might get the hint that they may want to eliminate all those backroom sweetheart deals to demonstrate to the American public that they are legislating in good faith. However, if by “eliminate” one means “preserving all those deals, save one”, then yes, all those deals are being cut off at the knees.

The health care bill is in trouble, but a series of narrow deals — each designed to win over a wavering senator or key interest group — is alive and well, despite voter anger over the parochial horse-trading that marked the rush toward passage before Christmas.

With the exception of Nebraska Democratic Sen. Ben Nelson’s “Cornhusker Kickback,” which alienated independent voters and came to symbolize an out-of-touch Washington, none of the other narrow provisions that Senate Majority Leader Harry Reid inserted into the bill appear to be in any kind of danger as Democrats try to figure out the way ahead.


It gets better. Remember the deal the President himself cut with the unions to exempt them from paying an excise tax on their Cadillac health plans? That apparently won’t do.

Not only that, House liberals want to reopen the labor deal struck just days before Democrats lost their 60-vote majority — not to dial it back but to provide more generous protections from the tax on Cadillac insurance plans.

“For those of us who, in principle, are opposed to it, this gives us another chance to push for our basic principle,” said Rep. Sander Levin, a Michigan Democrat with strong ties to organized labor who sits on the tax-writing Ways and Means Committee. “It remains unsatisfactory.”


We are unaware of this principle of which Levin speaks as Levin wouldn’t recognize principle if principle slugged him in the face.

Congressional Democrats are behaving like people who have been told they only have six months to live but instead of using that time to right some past wrongs, jump out of perfectly functioning airplanes or otherwise engage themselves in acts of goodwill, they have this bizarro bucket list that they are tearing through.

Hmmm… continue to enrage the American public by fattening that labor deal and preserving and building on all that backroom whoring in order to pass a disastrous piece of legislation? November? Ha! Carpe Diem, baby!

Are the Republicans ready? We’ll see.

They are in complete suicide bomber mode with all this. Makes em sloppy. Is the GOP ready? Not really...but the voters are.