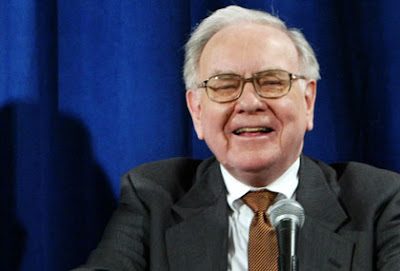 Mark Cuban, bazillionaire and owner of the Dallas Mavericks, has got quite a bit of run from a blog post he put up few days ago where he exhorted everone to get rich so they can pay a lot of taxes.


Bust your ass and get rich.

So be Patriotic. Go out there and get rich. Get so obnoxiously rich that when that tax bill comes , your first thought will be to choke on how big a check you have to write. Your 2nd thought will be “what a great problem to have”, and your 3rd should be a recognition that in paying your taxes you are helping to support millions of Americans that are not as fortunate as you.
.
.

So I will repeat my point. Get out there and make a boatload of money. Enjoy the shit out your money. Pay your taxes.

It’s the most Patriotic thing you can do.

We like Cuban. We're praying for the day when he will be able to buy the Dodgers from that noxious pair, Frank and Jamie McCourt. And we're glad he appears to realize that private enterprise (such as his own) is far more efficient at taking care of the well-being and livlihood of people than the government (which begs for why it is he wrote this blog post in the first place) but saying paying your taxes is the most patriotic thing you can do? Got it.

After hearing stories of bravery and heroism displayed by our troops in Iraq and Afghanistan or remembering 9-11 and sacrifices made by the passengers of Flight 93 and the first responders at the World Trade Center, that has to be one of the most patently ridiculous statements we have heard in quite some time.

Our friend "Sherry" advised us that perhaps Cuban was referring only to the rest of us "civilians". Perhaps... but it's still ridiculous to assert that merely obeying the law is somehow patriotic. Hey there, Patriot, thanks for not jay-walking.

And if paying taxes is the most patriotic thing you can do, then Warren Buffet who grants himself a salary of only $100,000 should be guilty of treason.

Of course, liberals are just eating up what Cuban wrote because it's a narrative that fits quite nicely into the President's call for more taxes on the rich. But Obama’s call to raise taxes on the rich is so shamelessly cynical, it’s pathetic. He knows that he’s not going to come anywhere close to closing the deficit on the backs of the rich. Like Buffet, the rich will alter their behavior and/or use the tax code to legally shelter their assets so they won't have to pay those higher taxes. That is just how things work whether statists want to acknowledge it or not.

At the end of the day, whether the President actually believes taxing the rich will somehow improve our economic outlook and/or reduce the deficit is irrelevant. Like the story of the scorpion and the frog, “class warfare” is just what he does. He can’t help himself.

robin hood was a fairy tale.

amazingly, it's still much more believable than obama's tax plan.

I believe Obama has promised a big tax break to a few billionaires if the go along to get along. If they don't go along, I would not be surprised to learn of threats.

Why is it always the ones who preach the most are the biggest hypocrites?

I think Cuban was bieng a little sarcastic in his blog, Don't You?

I sometimes wonder what I would do if I had a few billion dollars but somehow I can't wrap my head around it. I guess I'm too comfortable with a bottle of $7 dollar wine, Bud Light or an occasional shot of tequila. So I guess if I were somehow fortunate to stumble into such a a vast fortune I probably would make out a big check - so all my friends and I could rent a party boat, go down the Potomac, moon Obama and Congress and them burn the rest of the money....maybe.

I read some of the comments. They're focusing on "tax the rich." They're ignoring the "get rich" part.