File this one under, "We told you so", or perhaps more aptly, "He told you so" because if you didn't want to believe us or perhaps thought we were engaging in hyperbolic fear-mongering, we would've directed you to the musings of one Dr. Donald Berwick who has quite a bit to say on the subject of rationing.

And even then, if perhaps you thought the man's apparent affection towards rationing was taken out of context or otherwise distorted to make a point, well then...

A decision to rescind endorsement of the drug would reignite the highly charged debate over US health care reform and how much the state should spend on new and expensive treatments.

Avastin, the world’s best selling cancer drug, is primarily used to treat colon cancer and was approved by the US Food and Drug Administration in 2008 for use on women with breast cancer that has spread.

It costs $8,000 (£5,000) a month and is given to about 17,500 women in the US a year. The drug was initially approved after a study found that, by preventing blood flow to tumours, it extended the amount of time until the disease worsened by more than five months. However, two new studies have shown that the drug may not even extend life by an extra month.

The FDA advisory panel has now voted 12-1 to drop the endorsement for breast cancer treatment. The panel unusually cited "effectiveness" grounds for the decision. But it has been claimed that "cost effectiveness" was the real reason ahead of reforms in which the government will extend health insurance to the poorest.

For those of you out there that would say the article gave scant evidence that "cost effectiveness" was the actual reason the FDA shot down Avastin, that would not be an unfair critique. However, given the cravenly cynical and hyper-political manner in which ObamaCare was Bush-Pushed across the finish line and what proponents like Berwick, who will be in charge of running Obamacare, have flatly stated about rationing and comparative effectiveness boards, why on earth would we give these unaccountable and politically-manipulated bureaucrats the benefit of the doubt?

We see no reason to so, yes, we will be embracing our inner cynic towards any and all matters related to healthcare in a constant effort to remain ungovernable. 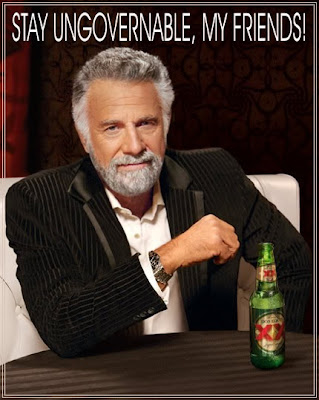 I had read this about the drug:

In absence of more targeted answers, doctors continue to dole out Avastin to a high number of cancer patients in the hopes that they will respond positively. However, a relatively low number of patients are favorably affected by the treatment.

Harrison, the distinction being made here is between the FDA passing judgement on Avastin from a purely medical effectiveness standpoint and taking Avastin out of circulation merely because it costs too much, which is not their job.